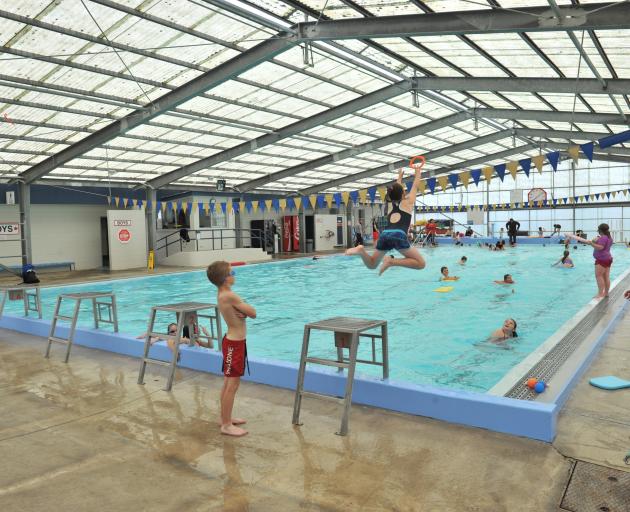 Donations and grants for Mosgiel pool have so far reached $3.5m. Photo: ODT files
Generous donors are making a splash as funds continue to pour in for the much anticipated new Mosgiel pool.

So far more than $3.5million has been raised from donations and grants for the new pool which is only about $700,000 short of the $4.2million target set by the Taieri Communities Facility Trust.

About $10.8million of funding from the Dunedin City Council has already been secured after the trust was able to raise a minimum of $3.2million.

Trust chairwoman Irene Mosley said the support from the Taieri community had been amazing and showed the high level of support for the project.

"It's been 18 months since we launched the fundraising campaign so it's been an extremely good effort from the community to raise all that money in a relatively short time."

About $272,000 had been raised since the trust started its "pool builder" campaign where every $500 donation will be acknowledged on a wall inside the new facility.

The council were also in the process of hiring a project manager which Mrs Mosley hoped would be announced early next year.

"That is another exciting point in the project's timeline because that person is there to see the pool all the way through from planning to construction."

If the trust is able to reach the $15million mark the facility would include an eight lane 25m lap pool, a dedicated learn-to-swim pool, a hydrotherapy pool and a spa pool.

The trust's major fundraiser would be the Run the Runway event at Dunedin Airport on February 3.

Any money raised above the $4.2million would be used to add extra features to the facility, Mrs Mosley said.

"That figure is the benchmark for all the basics we wanted but anything extra which comes in will mean we can go for extra features and even apply for more grants," she said.

A final design is expected to be completed and construction started before the end of next year with an opening date likely sometime in 2021.