Most St Clair Hotel staff back in work 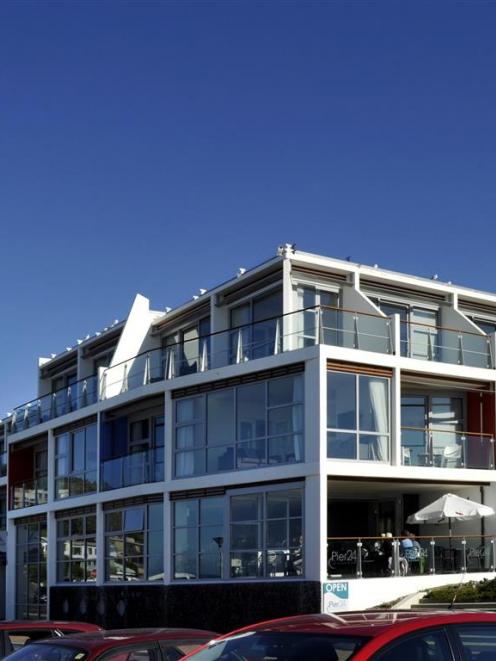 business as usual for the accommodation side of the business, but Pier 24 restaurant is closing for refurbishment. PHOTO: ODT
The change of ownership of the Hotel St Clair in Dunedin has resulted in 35 job losses, but 30 of those staff have either been re-employed by the new owners or have already got jobs elsewhere.

Since confirmation a fortnight ago, by Alan Stewart, of privately owned construction and property company Calder Stewart, that the hotel had been sold to New Zealand-based Korean owners, there has been speculation about staff job security.

When contacted yesterday, Mr Stewart said the new hotel owners are offering employment to eight of the 35 full-time and part-time staff, with the balance of 27 staff made redundant.

‘‘[However] the positive news is that of the 27 staff made redundant, 22 have found new positions and we're continuing to work with and support the remaining five people,'' Mr Stewart said.

Hotel St Clair management and Calder Stewart's human resources team was assisting them with CVs and introductions to hospitality and employer networks.

‘‘We remain confident all staff will be in employment in the near future,'' Mr Stewart said.

It was ‘‘great'' that the majority of staff had chosen to remain with the hotel until the January 25 takeover date.

‘‘We really appreciate their loyalty, commitment and support.''

Mr Stewart understood the new owners would have the accommodation side of the business continuing as usual, while the Pier 24 restaurant closes on Saturday night, for refurbishment.

The hotel's build-cost had been estimated at $10 million.

One St Clair hospitality worker yesterday said: ‘‘I was told it's closing for redevelopment of the hotel ... to target [catering to] bus tours.''

Mr Stewart has said the buyers moved to New Zealand in the early-2000s, had successfully run hospitality businesses, and would relocate to Dunedin to manage the hotel.

The hotel was awarded Best New Hotel 2010 by the Hospitality Association of New Zealand.