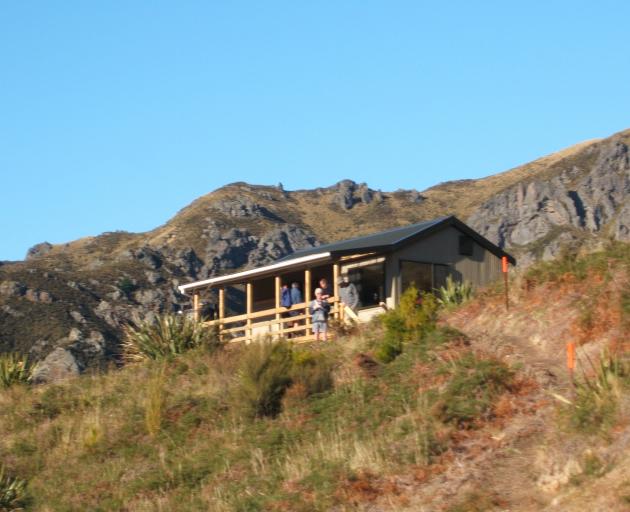 Jubilee Hut. Photo: ODT files
Moves to introduce a booking system at Jubilee Hut, near Dunedin, have sparked criticism over lack of consultation.

Federated Mountain Clubs of New Zealand (FMC) southern convener Peter Wilson said the Department of Conservation planned to introduce an online booking system for the 10-bed hut in the Silver Peaks from November 2, despite a lack of consultation.

Mr Wilson, also former FMC national president, was disappointed that this was also not an isolated example of lack of consultation by Doc over extending the hut booking system.

"They don’t even tell us — we find out through the Doc internet site," he said.

He was also concerned that booking systems did not work in the absence of a hut warden, and could lead to conflict among hut users.

He had had the experience at a North Island hut of having tickets for a hut but finding that a group who had not booked had taken over the bunks and refused to move out, he said.

Otago Tramping and Mountaineering Club immediate past president Antony Pettinger said the club had recently been notified about the change, but there had been no consultation, and the club would have liked the chance to consult.

Mr Pettinger was still unclear about exactly how the planned new system would work during summer, and if it would apply only to weekends, which were the busiest time, but not during the week.

He was also unsure if the booking system would also apply during the winter months, which were generally a much quieter time for hut use.

The club enjoyed a close relationship with Doc.

Club members had been tramping to the Silver Peaks since the 1920s, had built the first hut in the area in the 1940s, and Doc had later replaced that hut with a new facility, he said.

Doc director heritage and visitors Steve Taylor, of Wellington, said he wanted to look in to the consultation situation, and if there had been issues, and was happy to talk to anyone with concerns about the hut.

Because of its location and popularity, it was identified as "one of the huts around the country to be added to the booking system", Mr Bowen said.

This would mean people would avoid overcrowding and would enable them to more easily plan their trips by being able to book, pay and modify online.

Under the current system, some people had arrived at the hut at weekends and had not been able to gain a bunk inside.

This was not an ideal experience, including for young people, and "we are really keen for Dunedin people to enjoy the outdoors".

Nationally Doc and the FMC had been "engaging in the development of the booking accommodation policy" and would continue to work together getting new facilities on the booking system, he said.