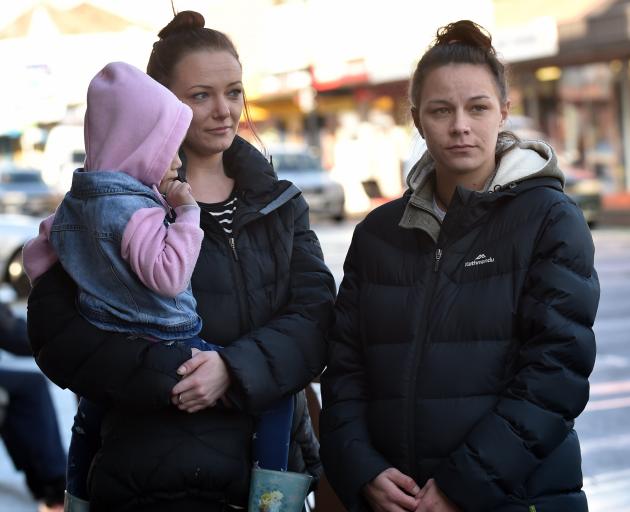 Ms Curran is advocating for Kylie Taggart (30) and Amy Stuart (25), who are receiving emergency accommodation in motels.

Ms Curran slept in the Octagon last night in a tent to protest the women's situation.

She said she would sleep there every night until the women had a place to live.

Ms Curran said a lack of state housing and suitable short-term accommodation in Dunedin meant the ministry was relying on motels.

Each week, Miss Taggart and Miss Stuart must reapply for emergency accommodation.

Miss Taggart said she went into early labour last week and was admitted to hospital to be stabilised. She believes the stress of her situation was the cause.

She is 26 weeks pregnant and has two other children in her care, while Miss Stuart has a 3-year-old daughter.

Both say they are trying hard to comply with the rules but feel harassed and belittled by Work and Income.

They were doing their best to provide a stable environment for their children in difficult circumstances.

The Ministry of Social Development issued a statement on Friday that appeared to blame the women.

''We have been supporting both these mums with emergency housing special needs grants to ensure that they are not forced to sleep rough.

''They didn't need to pay this money back; the priority was responding to an emergency need.

''One of the challenges we face is when clients repeatedly exhibit behaviour that makes them unattractive to landlords and many motel owners.

''What is really unfortunate is when the behaviour of some people not only affects them, but everyone in need.

''In this case there is now two motels in Dunedin that are not willing to take any client referred by Work and Income.

''As a result the support now provided to both these women will need to be repaid,'' the statement says.

''Like anyone who's looking for a state house, often they're finding it difficult in the private sector because they've got bad credit, that sort of thing.

''This is absolute character assassination. The ministry here seems to want to demonise these two particular women.

''My blood chills at how heartless and negligent the state is behaving towards these two young women.''

Ms Curran said the point of state housing was to provide for people in difficult circumstances.