Mud-tanks did not worsen floods: DCC 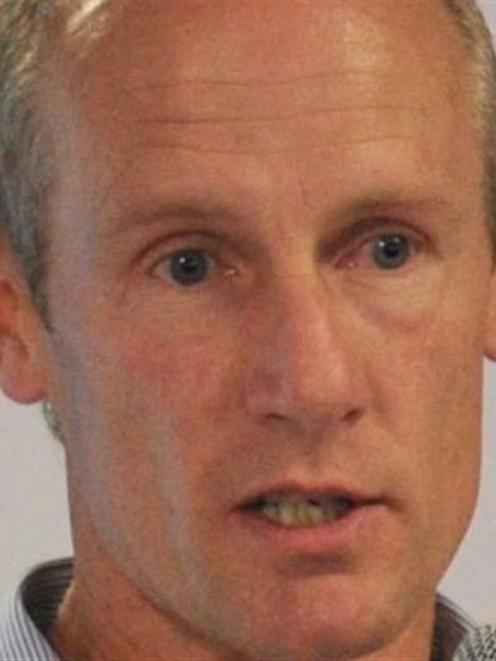 Peter Standring.
The Dunedin City Council says the outsourcing of mud-tank maintenance has not added to the city's flooding woes, despite the disappearance of dedicated vacuum trucks from the city.

It was confirmed yesterday Fulton Hogan had no dedicated vacuum trucks for cleaning mud-tanks based in Dunedin.

Instead, it subcontracted the work to Invercargill company Cleanways, which sent vehicles north when a backlog of work built up, council roading maintenance engineer Peter Standring said.

The news came amid complaints from some residents, who blamed inadequate mud-tank maintenance for contributing to the flooding problems.

That meant each tank could be cleaned ''two or three times a year'', he said.

Outsourcing saw the service steadily reduced until Fulton Hogan did not even have a dedicated vacuum truck in the city, he said.

It also had two smaller sweeper trucks - capable of limited suctioning - in Dunedin, but he had ''never seen them being used''.

''[Fulton Hogan's] methodology for mud-tank servicing now involves a person driving around in a ute and inserting a long stick into mud-tanks, [and] making a judgement call on whether it needs serviced or not.

''If it does, it goes on a list for the next time the subcontractor is doing some work for them.''

The council also took the lowest bid by a company capable of doing the work, meaning ''price was everything''.

''If quality has to suffer to get a cheap price, then so be it,'' Mr Moore said.

Mr Standring confirmed the contractual arrangements yesterday, and the absence of dedicated suction trucks, but defended the approach.

The alternative was a ''gold-plated'', inefficient service which the council had moved away from 12 years ago, he said.

Fulton Hogan had held the council's urban maintenance contract - worth about $8.8 million a year - since 2008, but had to meet performance standards.

That included keeping 95% of mud-tanks clear and functioning at all times, as assessed by council staff in weekly and monthly random audits.

The most urgent could be vacuumed immediately, by Fulton Hogan's smaller sweeper trucks or other Dunedin contractors, he said.

Otherwise, they were added to a list to be addressed the next time Cleanways staff visited the city, he said.

Fulton Hogan's most recent inspection of South Dunedin mud-tanks was in January. A council audit on April 30 checked just 10 of the area's 1900 mud-tanks, but found a pass rate of 80% - below the 95% council requirement.

Mr Standring said that would only be a concern if the trend continued, leading to more ''intensive'' action.

The council also relied on public reports, which critics this week have said went without a response from the council or Fulton Hogan.

Mr Standring insisted all calls were followed up, and just because people did not see work under way did not mean it was not happening.

In some cases, mud-tanks spewing water were ''bubble-up tanks'', designed to siphon water from one part of the system to another, so no action was required.

Otherwise, Fulton Hogan staff were notified, and inspections had to be carried out within set response times.

Mud-tanks found to be within acceptable limits - typically less than half-full of silt and with grates free of debris - required no further action, while others in need of non-urgent attention were added to the work programme for attention later.

''I'm not sitting here telling you every mud-tank out there is perfect ... but I don't think the mud-tanks played a significant part in this at all.''

Mud-tanks identified in public complaints since the flood had been checked again and passed fit, as had the council's monitoring of mud-tank maintenance during an independent assessment earlier this year.

Fulton Hogan regional manager Grant Sime did not respond to requests for comment.