Multi-agency waiata ropu all about tikanga

A Dunedin waiata group boasts 80 members, has attracted people from a wide range of government departments and makes some beautiful sounds. But you may never see them perform.

Instead, the multi-agency waiata ropu (group), which includes burly policemen and employees of organisations ranging from the ACC to the Ministry of Social Development (MSD), is concentrating on learning more about Maori tikanga, and feeling the joy of what member Inspector Damion Rangitutia said could be a spiritual experience. 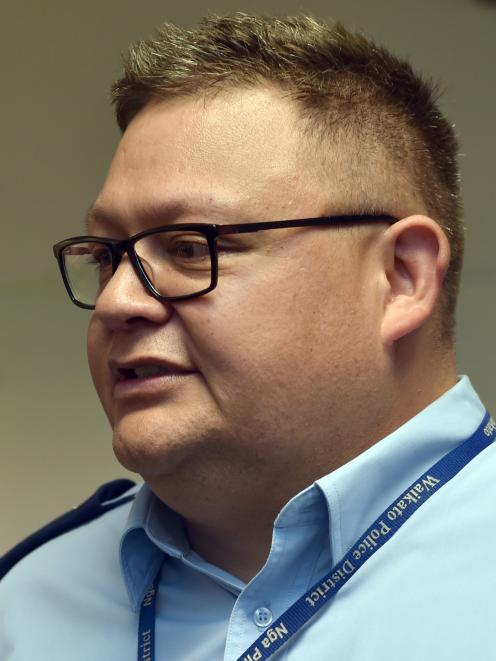 Damion Rangitutia
The ropu was formed about two years ago.

The MSD in Dunedin had formed a small waiata group, and heard police were doing the same.

The two joined, and were bolstered by employees from other government agencies, including the Department of Corrections and Oranga Tamariki.

The ropu has performed at small events that included mostly agency employees, such as the recent opening of the ACC office at the corner of High and Princes Sts and a hui at the South Dunedin Police Station.

Insp Rangitutia said the group supported its own agencies by performing at such functions, but would not necessarily be performing in public.

It was clear early on the group was based on an interest in Maori culture.

"I think it's very important that comes first before anything else."

Performing at a rehearsal are members of Dunedin waiata group, including (front from left) Tinaka Kohey, Marna Nel and Tanya Mayson. Photo: Peter McIntosh
Government agencies had responsibilities under the Treaty of Waitangi, and employees were invested "in all things Maori", Insp Rangitutia said.

The ropu was "first and foremost" a platform to be Maori, but anyone could join.

"We believe it's a spiritual event at times, and the things and the themes that we sing about are joyous things to sing.

"People keep coming back and it keeps growing because they're hearing how fun it is, and how easy it is to speak reo, and in this case it's by way of waiata.

"I think we'll only get better and bigger."