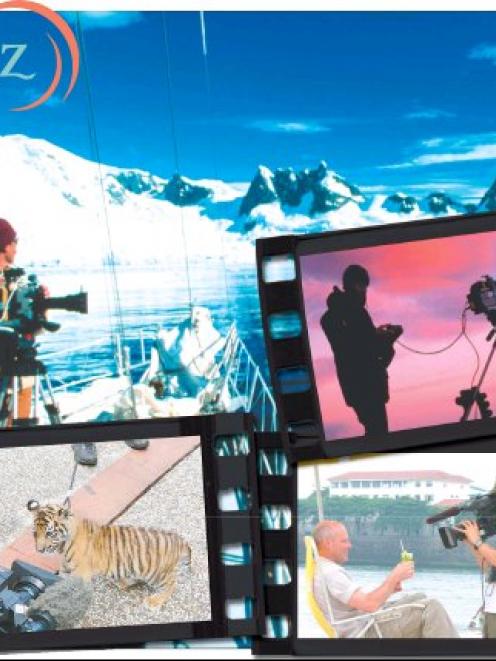 A drop in the dollar, and the effects of restructuring, are finally being felt at Dunedin-based film-maker NHNZ, with demands for its work increasing.

For the past two years the company had been "hurting badly", because of the high value of the New Zealand dollar.

So it took action, and started an extensive review.

This meant doubling its marketing budget, and looking into new technologies.

NHNZ managing director Michael Stedman said that last year was painful for the company, which was approaching its 30th birthday as it sought to reposition itself and meet those challenges.

"We're seeing the dividends from the result of the restructuring."

Adding to the improvement was the dollar dropping into the US60c range, although it was volatile, he said.

As a result, just three months into the 2008-09 financial year, NHNZ had all but reached its production target of 60 hours.

It took about 40 to 50 hours to make one hour of television.

The company's 110 staff were busy, with 47 hours of television in production, and a further 10 hours due to enter production.

During the past 12 months, NHNZ had expanded its graphics facilities and established an emerging media division to capitalise on new opportunities.

Also helping the company was "return business", with a second season of Orangutan Island ordered, he said.

Another season of I Survived, shown on a United States biography channel, had also been produced.

The first series was the channel's highest rating show.

"We're constantly pushing the boundaries in documentary- making. It's an approach that keeps our work fresh and yields repeat business with the most successful broadcasters around the world."

Documentaries produced in China for the Olympic Games also did very well for the company, Mr Stedman said.

NHNZ was continuing to strengthen its position in China and was developing closer links in Korea.

The United States, however, was the main market, and Mr Stedman was keeping a close eye on the financial situation there.

"I'm not picking up any impact at all and when . . . times get tough, people turn to entertainment for distraction."

It all depended on what happened in the next 24 hours. No-one would be safe after a large-scale American meltdown, Mr Stedman said.