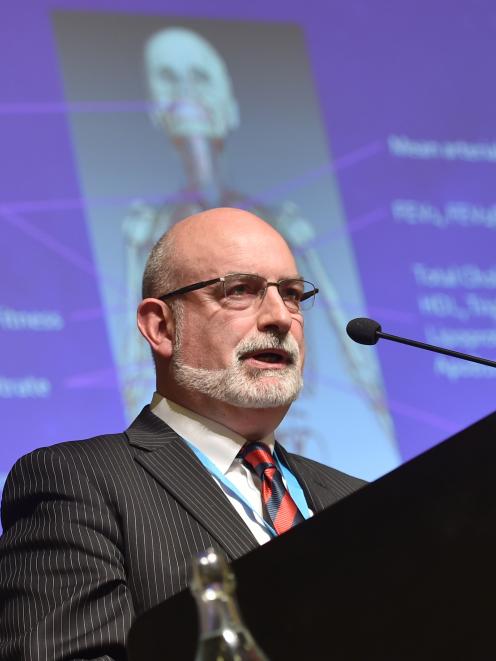 In a later interview he also highlighted the need for better-co-ordinated overall support from central and local government so that people in an ageing population could "age well".

Prof Baxter is a former dean of the Otago School of Physiotherapy (2005-2015) and is director of the Ageing Well National Science Challenge. He is an associate investigator and theme leader for musculoskeletal assessment for the Dunedin Multidisciplinary Study, and his talk yesterday was devoted to the Dunedin Multidisciplinary Health and Development Study: from early development to ageing well.

Prof Baxter said it was sometimes tempting for health professionals to think of injured people mainly in terms of their injury.

But an injured knee should not be considered in isolation, and the patient’s overall needs, including their complex health and life history should also be taken into account.

Social deprivation, including low socio-economic status, and earlier adverse experiences in life and sometimes with the health service were part of the background in some cases.

Data from the Dunedin Study showed that a minority of people had significant and costly health needs, and a key challenge was to find better ways to provide earlier and more effective help.

New Zealand was already "a leader in falls protection", but more overall co-ordination was needed to encourage people to maintain their social connections and to stay physically and mentally active as they aged.

Local government was often "challenged at the sharp end" through limited resources, and only a minority of district councils had fully developed plans for managing and improving support for people as they aged.

The Dunedin Study continued to provide valuable insights to guide policy makers, and remained influential both in New Zealand and throughout the world, he said.

Physiotherapy New Zealand chief executive Sandra Kirby, who is an Otago University graduate, said more than 450 people were attending the three-day conference, which ends tomorrow and was last held in Dunedin in 2008.