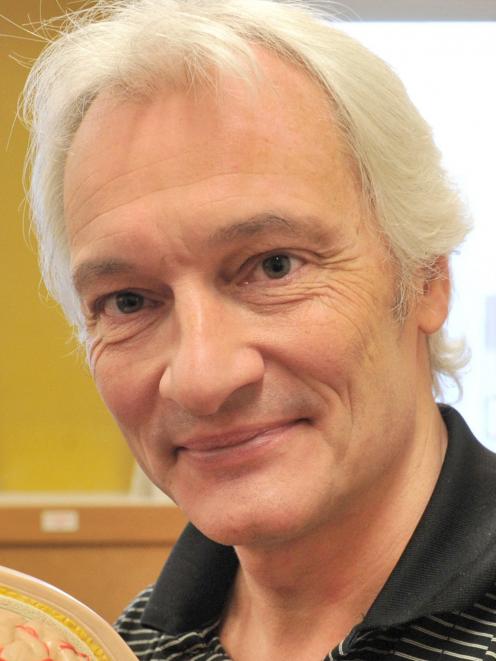 Dirk de Ridder
Next year Dunedin’s neurosurgery service may finally have a full team of three doctors on staff, for the first time since it was established 10 years ago.

The latest recruitment drive for the service appears to have been successful, with candidates now identified for both vacant roles in a service which has been provided by a sole surgeon for many months.

News one surgeon had been lined up for a position was revealed in January, but their final appointment has been delayed by registration requirements and Covid-19.

Created thanks to a fundraising effort led by the foundation and supported by the Otago Daily Times, the chair was initially held by Prof Dirk de Ridder.

However, Prof de Ridder’s preference to focus on his award-winning research meant an intended 50/50 split between research and clinical work had not eventuated.

Neurosurgery is a rare specialty, and the Southern District Health Board and University of Otago have faced steep obstacles in finding appropriate candidates.

Neurological Foundation chief executive Rich Easton said on this occasion the Covid-19 pandemic had played in the region’s favour.

"One advantage New Zealand has at the moment is that it is the one country in the world where people want to come and work, whereas in the past it has been seen as too far away.

"Neurosurgery is a rare and specific skill, and on this occasion our international search for candidates had a good response."

Mr Easton understood the shortlisted candidates were general neurosurgeons and there should be no issue with the clinical requirements of the role being fulfilled.

"That was absolutely what the community was looking for when this whole process started off ... we were proud to lead the fundraising effort because there was so much passion in the community, and renaming the chair we thought was more respectful of what it is about, bringing that capability to the city and the region."

SDHB surgical services general manager Janine Cochrane said there would be no immediate change to how neurosurgery services were provided.

"This is likely to stay in place for at least six months while the recruitment process is completed," she said.

"The new College of Surgeons guidelines are likely to require a neurosurgeon qualified outside of New Zealand and Australia to undertake a period of time at a large neurosurgery centre in New Zealand."

University of Otago Division of Health Sciences pro vice-chancellor Professor Paul Brunton said the institution was grateful for the continuing support and promotion of neurosurgery by the foundation.