New Otago Regional Council chairman Andrew Noone says councillors will have to put distractions behind them and unite to get back on task.

A change at the helm — Marian Hobbs was dumped as chairwoman yesterday — was a distraction that needed to be dealt with but councillors had plenty of work ahead of them.

Councillors voted 9-2 to remove Cr Hobbs as chairwoman, prompting outbursts from the public gallery during the extraordinary meeting in Dunedin. Cr Hobbs abstained from the vote.

Mr Noone was the only nominee to replace her and 10 councillors then supported his election. Two abstained.

Marian Hobbs (centre) was removed as chairwoman of the Otago Regional Council in front of a packed public gallery yesterday. PHOTOS: PETER MCINTOSH
In an opening statement to the meeting, Cr Hobbs said it had been a long 21 days since she was notified of the plan to remove her.

Cr Hobbs said she would not back away from arguing for the environment.

"You must acknowledge I have some very difficult councillors [to work with]," she said afterwards.

Deputy chairman Michael Laws, chairing the meeting, rejected the idea that the council was trying to ignore national environmental standards.

"The job of chairperson is to work with us all," he added.

The Central Otago Environmental Society organised a protest to coincide with the meeting.

About a dozen demonstrators watched proceedings and some voiced their disapproval.

Cr Laws called an adjournment to restore calm before Mr Noone accepted his new responsibility. 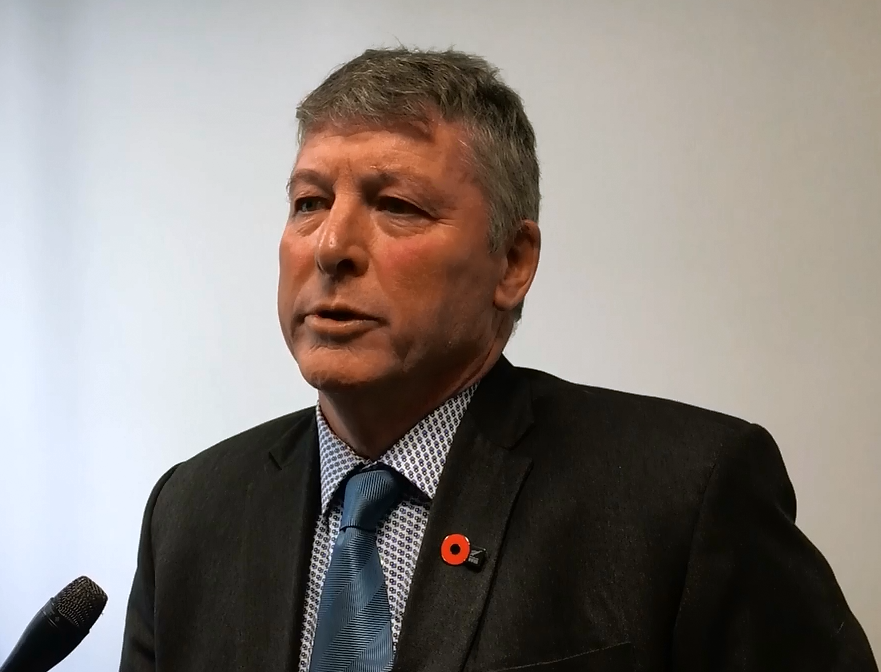 ORC chairman Andrew Noone. Image: ODT
Mr Noone said afterwards that councillors had valuable experience in local and central government and he wanted to "tap into that resource".

They had "a fairly united opinion on a lot of big issues".

The capability of the organisation had been boosted in recent years through improved staffing levels. He looked forward to councillors pushing ahead with their work.

She said Cr Hobbs would still have a strong role in the council.

Cr Bryan Scott said "our chair called a spade a spade and, frankly, some people didn’t like it".

Mr Noone’s career in local government began nearly three decades ago when he was elected on to the Waikouaiti Coast Community Board.

After two terms there, he joined the Dunedin City Council in 1998. He retired from the city council in 2016.

I'm so sick and tired of having to listen to Hobbs complain about how this has affected her. She's made this mess with the constant poor me, me, me! It's done so lets just move on already. Hobbs gave it her best shot and unfortunately that just wasn't good enough. She needs to get on-board with the other counselors and stop with self centered BS. They all work for us. Get to work folks!

Red_Pill Some of us are sick to death with ORC councillors who say the right things to get elected the renege and do not carry out the wishes of the majority of the population. Hobbs got the most votes from her community and was carrying out the majority's wishes. Nothing self-centred about that.

If the ORC management, policy and consenting staff weren't so incompetent they might have a chance. Sadly for us, they are.

So much for democracy. We voted, we got the the result we wanted, and now it's been overruled. The sooner Otago and Dunedin separate the better.

It's a good job the fishing industry aren't involved too or they too would have packed the council with their own bought and paid for councilors just like they have with government ministers, stand up Shane Jones. When will the electorate learn that having elected representatives compromised by commercial interests is only going to benefit said interests.