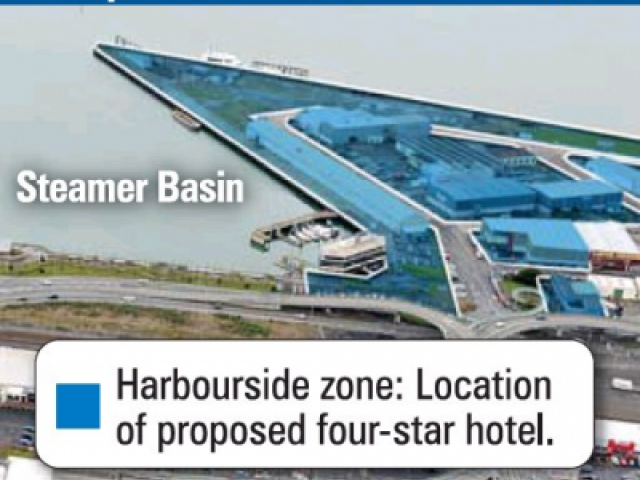 The man behind Dunedin's latest five-star hotel bid is also eyeing a major development on the edge of the Steamer Basin.

The man, again speaking on condition of anonymity, confirmed he was considering a multistorey four-star hotel and apartment development on the south side of the Steamer Basin.

The project was at an initial stage, and landowners including the Otago Regional Council were yet to be approached, but site research had begun, he said. If it proceeded, the project would be in addition to the five-star hotel planned for Filleul St, he confirmed.

‘‘The five-star hotel's got legs now. I think it's only just a matter of time now.

''When the DCC gets back from holiday and numerous people do their thing, I'm pretty convinced it will go [ahead].‘‘But there's still room for another one here,'' he said.

His comments came after the Otago Daily Times reported last week the Dunedin City Council was in talks with an unnamed developer about a five-star hotel on the Filleul St car park, opposite the Town Hall.

That prompted the Dunedin-based man to go public on behalf of a development group behind the Filleul St project, which he said could involve a 15-storey tower being built for up to $90million.

The group behind the Filleul St project

included a principal developer, hotel operator and investors, in addition to the spokesman who instigated it, he said.

The Steamer Basin project was being investigated only by the group's spokesman, with help from ‘‘one or two'' friends, during the early stages, he said.

‘‘There's information I need before we can put it all together and get it to the stage where we call in a developer and present it to the council and that sort of thing.''

A developer would be ‘‘brought into the equation'' if the initial work showed the project was viable, he said.

He would not be drawn on the cost or timetable for the development, but said it would take longer than the Filleul St project.

The amount of vacant land available in the area meant a hotel on the edge of the Steamer Basin would only need to be ‘‘five or six storeys'' high.

That would be enough to accommodate the necessary number of hotel rooms, thought to be at least 150, as well as apartments.

There would be no need for a 27-storey tower like the one previously proposed for a much smaller site at Wharf St, which had divided the community, he said.

The poor condition of the wharf's piles meant any development would have to ‘‘tread carefully'', and the area's geotechnical challenges were among the issues being considered.

Other challenges included the weather and improved public access to the harbourside, he said.

‘‘We can handle the wind because you just design it like they do for the Wellington waterfront, with plenty of glass and that sort of thing . . .

‘‘Access to town is the biggest thing. A hotel there by itself would not stand up, full stop. Hotels run on a tightrope for economics - that's why you've got to put apartments with them to make them pay.''

He hoped any development could link with previously suggested plans for a University of Otago aquarium in the Steamer Basin, and a daily market inside unused warehouse buildings.

‘‘You need attractions. You've got to give reasons for people to go down there. They don't go down there because of buildings.''

But the appeal of a waterfront hotel in the area was simple, he said.

Otago Regional Council chairman Stephen Woodhead said he was unaware of any approach by the man behind the proposal, but the council was ‘‘open for business''.

Dunedin Mayor Dave Cull said the southern side of the Steamer Basin had been rezoned for mixed uses, including a hotel, so would be suitable.