By Emma Perry
0 Comments
After six years of waiting, a Dunedin boating club is celebrating the imminent arrival of a new pontoon.

And, in a "double whammy" for the club, it also welcomed the arrival of a new rescue boat.

Macandrew Bay Boating Club commodore Ray Roker said the club had been waiting six years for the Dunedin City Council to replace the pontoon after it was damaged and had to be removed.

The council had agreed to remove, repair and install the pontoon at another Dunedin dock and replace the one at Macandrew Bay with a more suitable one.

"It was in a very exposed position out there, it’s quite a harsh environment.

Mr Roker said the pontoon was well-loved and well-used and had been missed by the Macandrew Bay community.

"We have missed it, the pontoon makes getting on and off boats easier and easier for them [boats] to launch, it was a big asset."

Waiting for the pontoon had "dragged on". 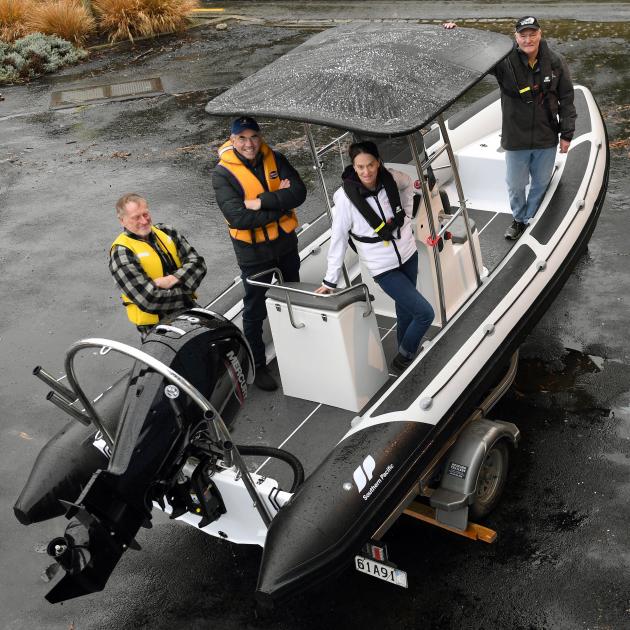 "We saw Portobello get a new pontoon, then Port Chalmers got one and we were left waiting."

Frustrated with the lack of progress, Mr Roker approached the Otago Peninsula Community Board earlier this year.

Council staff had since been in touch with Mr Roker to let him know the pontoon would be installed by mid-July.

"The council-owned pontoon will be installed next month at a cost of approximately $90,000."

The new rescue boat, which arrived late last month, replaced a 50-year-old one.

The $50,000 boat came from the Lottery Fund for Community Benefit related to the 2021 America’s Cup.

The club’s members were excited about the new arrivals.

"It [the boat] will be very useful to take out in emergency situations," Mr Roker said.

"It’s a bit of a double whammy. We’re looking forward to some celebrations and holding an open day down the track."