'Nice' to have work for police recognised 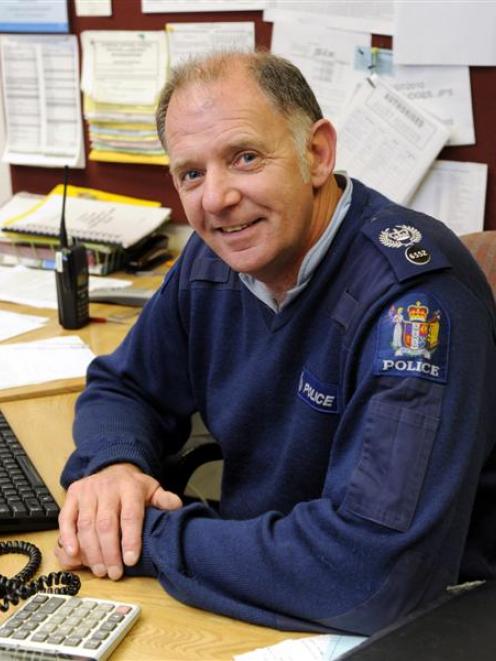 "It's nice at least two people [the Queen and the person that nominated him] think I've done a good job."

In the Queen's Birthday Honours announced yesterday, Snr Sgt Benn (51) was recognised for services to the New Zealand Police.

Since joining the force in 1977, Snr Sgt Benn (51) has served in Dunedin and Invercargill.

In 1995, he was a founding member of the Dunedin marine SAR water rescue squad and around that time pioneered and introduced a pager and call-out system for SAR volunteers.

The system is still in use and has been adopted by most police areas in New Zealand.

He has been involved in more than 500 rescue missions and is known for his skill in quickly organising and unifying teams of hundreds of people from disparate organisations.

Many of the hours he has spent on SAR were voluntary, as was the time he spent on his community commitments, for which he was also recognised.

"Doing that is like being at the top of the cliff, rather than the bottom. Policing is often at the bottom of the cliff and can be quite negative. I believe people can change. This was a positive thing I could do in the community."

He has also voluntarily provided support to the Otago Cavalcade for 15 years.

Snr Sgt Benn said he would not have been able to commit so much time to his volunteer work without his family, who got "roped in" to most things.

It was "strange" to be getting an award when he was the one normally handing them out.

"I feel more comfortable thanking people for their efforts. It's nice though."