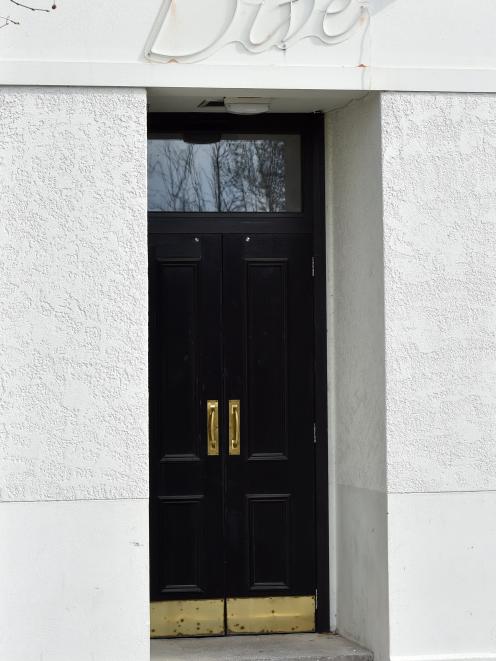 Police were called to a party held at Dive Bar on Friday night. PHOTO: GREGOR RICHARDSON
There is confusion over whether a Dunedin bar breached Covid-19 restrictions during a 21st party.

People vomiting from a balcony and Level 2 breaches were among a raft of issues at the 90-person event at Dive bar police are investigating.

But the owner believes there were no issues with the event.

The dispute centres on the birthday party that took place at Dive, formerly known as The Cook, on Friday night.

Police went to the bar at 11.30pm after reports of people smoking cannabis and flicking cigarette butts into a recycling bin containing cardboard.

Acting Senior Sergeant Anthony Bond said police did not find cannabis, but were told people had been vomiting from the balcony.

There were also breaches of Level 2 Covid restrictions, he said.

The 90 people present were not seated and there was no table service.

Bar staff stated they did not have to follow those rules due to it being a private function, he said.

The security guard presented an expired licence, and there was confusion around who was duty manager.

The person whose name was on the duty manager board said the person behind the bar was actually in charge.

Dive operator Mike McLeod said as far as he was aware, police had no issues with behaviour at the event.

He said they had researched the alert level rules and did not believe restrictions such as being seated or table service applied at private functions.

That issue was part of the police investigation into the incident, he said.

But a statement from the Ministry of Health sent to the Otago Daily Times yesterday suggested the event may have been allowed without the usual restrictions.

A Ministry of Health spokeswoman said some gatherings could qualify as "special functions''.

Social gatherings as private functions were not subject to the “three S” rules for hospitality businesses, she said.

Certain requirements needed to be met to qualify, including ensuring a clear and genuine purpose for the event, having a member of the gathering group agreeing in advance to be the "organiser", ensuring the organiser took responsibility for contact tracing, and using a designated private function room unless the entire venue was being hired out.

Mr McLeod was not aware of anyone vomiting from the balcony.

"They were really quite well behaved.''

As for the security guard, Mr McLeod believed he was fully licensed and was not aware of the licence being expired.