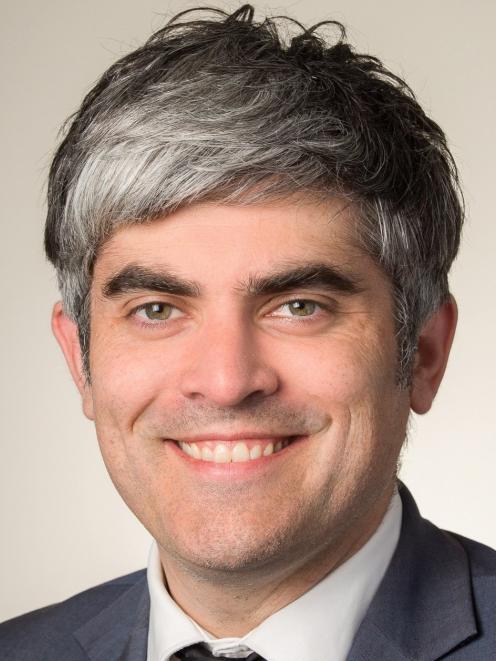 Aaron Hawkins. PHOTO: SUPPLIED
Establishing a Maori ward will not be considered as part of the Dunedin City Council’s representation review.

Dunedin Mayor Aaron Hawkins does not plan to lead the charge to create one.

Both the Otago Daily Times and Mr Hawkins raised the possibility of a Maori ward being considered, but for that to happen, councillors would have to pass a separate resolution or at least 5% of eligible voters would need to petition for a poll.

This has not occurred, although Mr Hawkins has not ruled out such a move if a groundswell of support emerged.

"While I remain open to such a proposition, in these sorts of discussions I would take my lead from our local runaka leadership," Mr Hawkins said.

The council engaged with iwi through the Maori participation working party, he said.

"This is the forum we have for both mana whenua and mataawaka Maori to provide strategic input into the work of council.

"The existing memorandum of understanding we have with those parties is currently under review, and we’re actively looking at how we can strengthen that relationship."

The possibility of a Maori ward was raised in an article by Mr Hawkins in this month’s council newsletter, and the subject was covered by the ODT on Tuesday.

It is not among the subjects an independent panel has been tasked with examining in its representation review next year.

However, membership of the panel is expected to cover a variety of skills and community-based interests and could include representation from mana whenua.

The review will cover the number of councillors, whether they are elected from separate areas or votes throughout the city, and whether community boards should continue and, if so, how many.

Reviewing the memorandum of understanding could also result in some changes.

The status of the working party within the council structure is one discussion point.

Remunerating mana whenua representatives who volunteer on council advisory bodies is another.