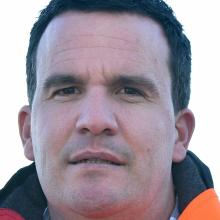 Richard Saunders
A subsidy expected to cover most of the cost of Dunedin’s $12 million street-light upgrade has been extended by the NZ Transport Agency.

The council is planning to swap the city’s ageing network of 15,000 high-pressure sodium lamps for new LED lights, but had faced the prospect of missing out on an 85% NZTA subsidy that was only available until July 1 this year.

The DCC expected to call for tenders for the street-light renewal programme later this year, and expected work on the three-year upgrade to begin early next year, he said.

First, councillors would have to make a final call on the type of lights to be introduced across the city.

Submitters on the council’s long-term plan had voiced concern about the effect white LEDs would have on human health, wildlife and night-sky views.

They urged the council to consider the use of amber LEDs instead, touting the benefits of the lower colour temperature alternatives.

Some submitters had pushed for 2400 Kelvin lights, which produced a softer, warmer amber light, but  council staff were now proposing 3000 Kelvin lights as a compromise, Mr Saunders said.

"That’s a softer light than the 4000 [Kelvin] that’s the standard light being rolled out around New Zealand, in most cities that have started their LED renewal programmes.

"From our perspective, we don’t consider [2400 Kelvin] to be viable, but we will present that information to the council just so they’re fully informed.

"We felt 3000 [Kelvin] was a good compromise, to ensure we provided the safety benefits for road users that LEDs provide, but also recognised that there had been some concerns about the colour of LED lights.

"We’re comfortable with where we are but, as I say, we will let the council ultimately decide that."

The information would be presented to  councillors "in the next couple of months", and, whatever decision followed, he was keen to see the work progress quickly, Mr Saunders said.

The new lights would cut escalating maintenance costs, as more of the old lights failed, improve safety for residents and deliver significant electricity savings, he said.