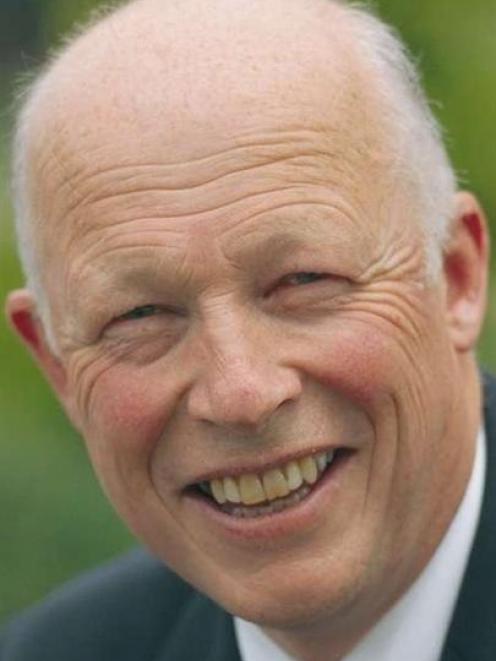 Mike Waddell.
The approval of a $3 million refurbishment to turn the former art gallery at Logan Park into a sports hub is a "great coup" for the city, a spokesman for Otago Polytechnic, which will become the biggest tenant of the facility, says.

The Dunedin City Council plan was given final approval in the closed section of a council meeting on Monday night and means the old gallery will be refurbished to reveal historic features while making the building suitable for new tenants.

Work will begin in the next two or three weeks.

Funding for the project would be part of the debt-funded Logan Park redevelopment budget, topped up by a $100,000 Sargood Bequest gift.

The redevelopment will make the old gallery the new home of the Otago Polytechnic Institute of Sport and Adventure, which will lease about three-quarters of the building, and Sport Otago, which will take the rest.

Otago Polytechnic marketing services group manager Mike Waddell said approval of the sports hub was good news for the city, the building and the polytechnic.

Moving the Institute of Sport and Adventure to the redeveloped site put it in a "unique location" when it came to institutions which offered sports qualifications.

Being situated so close to Forsyth Barr Stadium and other sporting facilities, and in the tertiary precinct added, "more value and prestige" to courses run from the site.

The polytechnic decided to move the institute to the site because its Harbour Tce facility had been unable to keep up with growing student numbers.

It expected to move in by the end of this year and was interested in a long-term lease of 10 to 12 years, but this was yet to be signed.

Sport Otago chief executive John Brimble said the new facility would be of "immense benefit" to sport in Dunedin.

It would share the building's resources with the Institute of Sport and Adventure, including meeting and function areas, resulting in cost savings to sports, Mr Brimble said.

The organisation expected to move into the sports hub around August and would be committing to a 12-year lease.

"As a base, it will provide a unique focus for sport and recreation innovation, the development of sport technology and further advancement of Dunedin and Otago as a centre of excellence for sports studies and research."

Council city property manager Robert Clark said rents were expected to generate a return to the council of about 7.75% per year, making the deal largely "cost-neutral".

The building would help make the Logan Park area a "one-stop shop" for sports in the city, he said. Work on the roof would begin within three weeks and the council was calling tenders for the main part of the project.