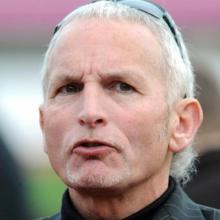 Michael Laws
The ombudsman is investigating the Otago Regional Council after a councillor complained it privately discussed important documents.

The council's chairman has defended the move and is calling the issue "dead" and "ridiculous".

In March, Cr Michael Laws laid a complaint with the ombudsman about the council discussing a consents review in a private session.

Office for the Ombudsman investigator Tom Nelson contacted Cr Laws last week to say he would transfer the complaint to its investigation and resolution team to continue consideration of the issues.

"The complaint will be allocated to another investigator, who will be in touch in due course," he said.

The office could not be contacted yesterday.

The investigation revolves around staff advice given to councillors to discuss the paper in a non-public session.

The ORC refused to release the document to the public and barred councillors from speaking about it, citing confidential information, legal advice and the need to protect natural persons.

However, it was later obtained by the Otago Daily Times.

The document is a review of the council's consents function, commissioned by the council, which cast doubt on its capacity to deal with the expiry of 100-year-old mining water rights.

Cr Laws said he hoped the investigation stopped the incoming council from "hiding things you think are embarrassing from public view and lying about it".

Environment Minister David Parker launched an investigation into the council concerning similar issues, but said the report was not a factor.

Cr Laws said while it might not have led to the inquiry, it certainly would have "added some ammunition".

"I'm really hoping that the ombudsman gives a really strong ruling - that it was clearly not confidential or affecting natural persons."

Council chairman Stephen Woodhead said he was still confident about the reasons for talking about the review privately.

"It's a dead issue. This is trivial, ridiculous stuff."

It must be remembered it was an internal review, he said.

"The chief executive had concerns with the way the consents department was operating. The results of the review were taken up by staff and there has been very good progress.

"We're just getting on with it. It's a waste of time looking back on it."

Tough. There are protocols, ORC is accountable to the public.

It is never a waste of time to look back, to check progress is in line with previous considerations, findings and policy and public expectations. Otherwise, where is quality assurance in the performance process.