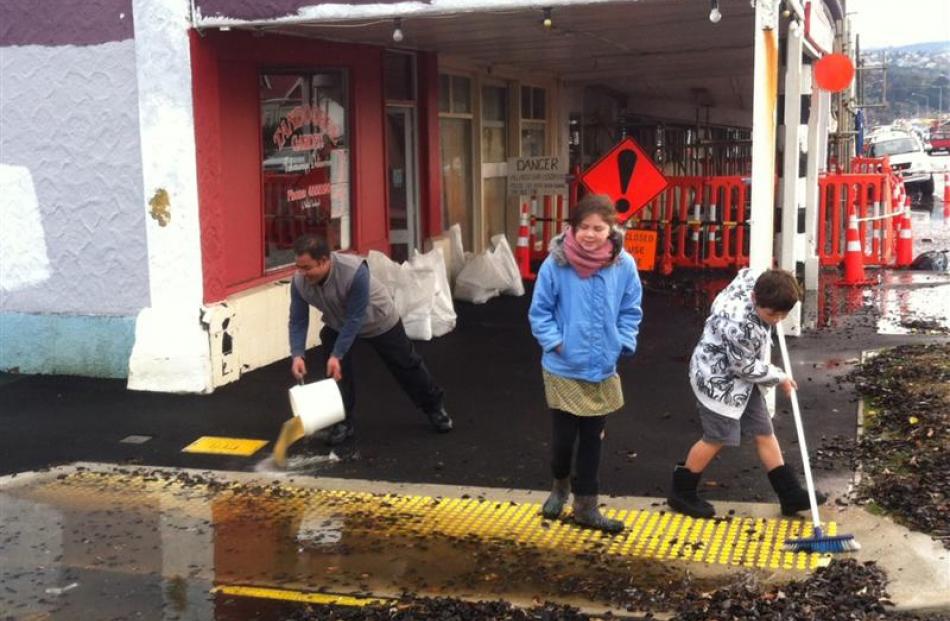 Nandan Rawat from Tandooree Garden in Prince Albert Rd said he cleaned out about 300 buckets of water from his store this morning. Photo by Debbie Porteous 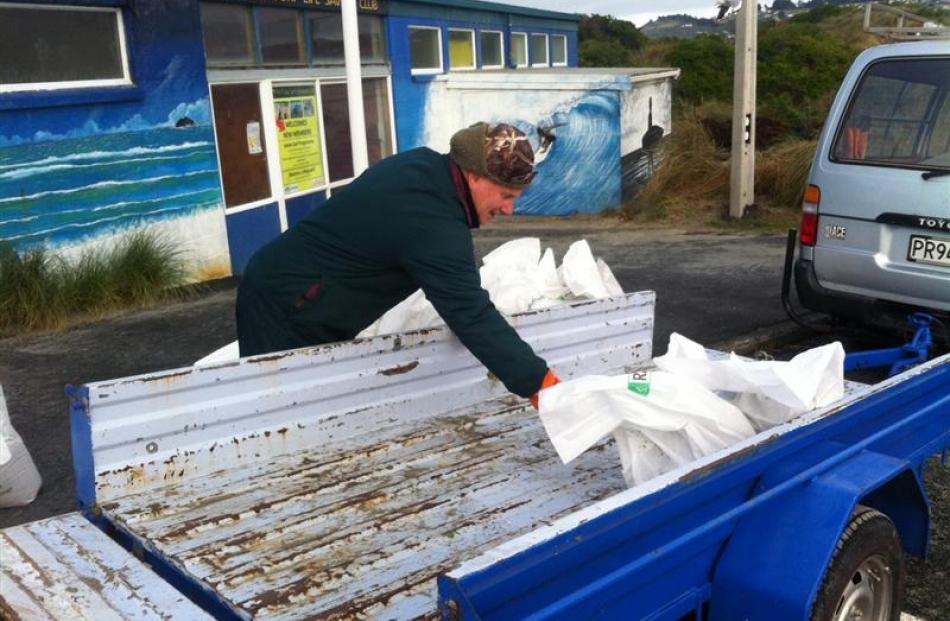 Graeme Gibson unloads sandbags at the St Kilda Surf Lifesaving Club this morning. Mr Gibson was one of about 200 volunteers that filled and laid thousands of sandbags around South Dunedin homes, businesses and rest homes until 2.30am this morning.... 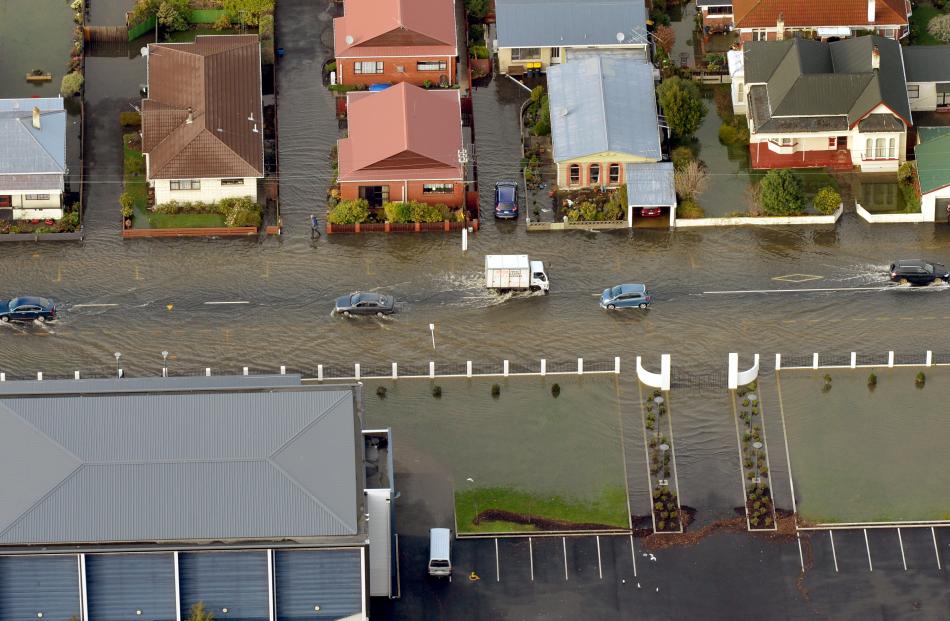 A flooded Bayview Road in South Dunedin as seen from the air this morning. Photo by Stephen Jaquiery

A swamped South Dunedin remains the key focus as authorities battle to clean up the aftermath of a one-in-100-year flood.

The Civil Defence Welfare Committee has set up a welfare centre at the South Dunedin Presbyterian Church at 393 King Edward Street.

Welfare and DCC staff are available there if people need advice or assistance.

Red Cross, Police and DCC staff are visiting the hardest hit areas in South Dunedin to check on residents and properties. People with concerns about their property are advised to call 03 477 4000.

Emergency services and the DCC are urging motorists to avoid flooded areas, unless they live or work there or are checking on family or friends. People driving around to look at flooding are causing problems as the cars create bow waves which are pushing floodwaters into properties.

The Southern District Health Board has set up an emergency operations centre (EOC) in response to flooding to co-ordinate support for staff and patients.

EOC Incident Controller Elaine Chisnall says DHB services have been unaffected by flooding, with business as usual in all areas. Patient clinics and surgery are proceeding as planned today.

Cut off by slips

Taiaroa Head and the surrounding area is cut off by slips, but it is hoped they will be cleared in several hours.

Dozens of slips, many of them on the Otago Peninsula are keeping Dunedin City Council staff and contractors very busy.

"We are working to clear slips blocking the Otago Peninsula beyond Doon Street to Macandrew Bay. Residents beyond Weir Road will not be able to get out due to slips. We are working as fast as possible to clear this. Our advice for anyone concerned about the situation should call 03 477 4000, or if it is an emergency call 111."

Thousands of Dunedin children will have a day at home as schools close their doors due to flooding.

All primary and intermediate schools, and DKA Dunedin Kindergartens from Mosgiel to Port Chalmers to Waikouaiti are closed today, the Otago Primary Principals Association said.