One beam at a time 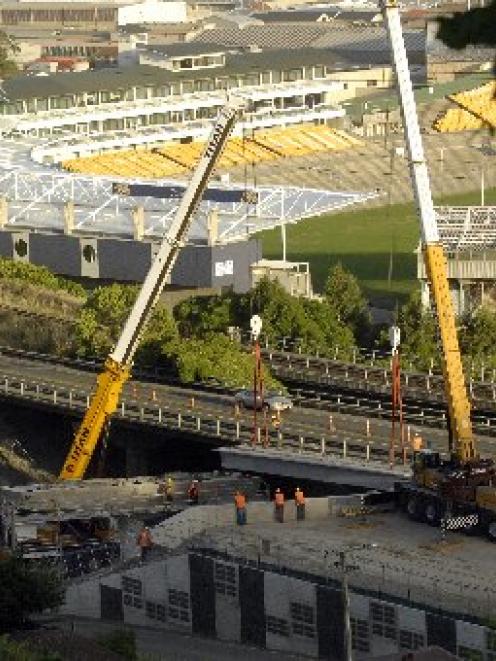 Photo by Linda Robertson.
Heavy-duty cranes place the first of six 18m-long pre-cast concrete beams, each weighing about 30 tonnes, into position above South Rd last night as a landmark stage of the Caversham Bypass four-laning project gets under way.

Downer engineer and project manager Mark Woodward said the operation to put 19 pre-cast concrete beams in place is scheduled to be completed on Thursday night.

The spans will form the main structure of the northbound lane overbridge above South Rd on the State Highway 1 upgrade.

"The first span is always the trickiest. It is braced in to place and it is the most critical part of [the operation]," Mr Woodward said.

A set of seven 30m long pre-cast concrete beams, weighing up to 42 tonnes, are scheduled to be placed from tomorrow night.

Road closures along SH1, between the Anderson Bay Rd intersection and Barnes Dr, and on South Rd between Burns St and the Glen, are in place, diverting traffic from the area.