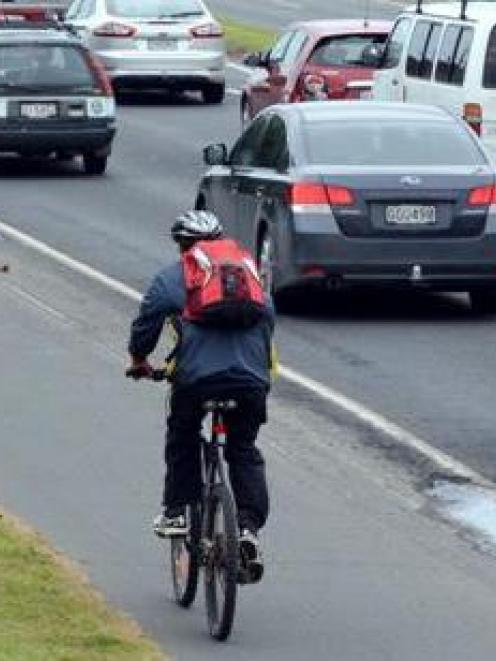 cycleway_gen.jpg
The troubled South Dunedin cycle network may be pared back to a single city to sea path to enable it to be completed within budget.

Reducing its size would mean the work could be completed to a higher standard, a staff report for tomorrow's Dunedin City Council infrastructure services committee meeting says.

''What is being proposed will cost more and take slightly longer to deliver but will be accommodated within the existing budget.

''This will result in a smaller network being completed, with routes that prioritise a single connection from the city to the sea.''

Problems with the $6.07 million project meant unwanted infrastructure additions, such as floating islands, had to be taken out, the most recent remedial work costing about $20,000. Previous remedial and redesign work cost a further $300,000. The project ground to a halt earlier this year.

''It has been well canvassed that many of these changes were problematic and as a consequence, work was halted on the South Dunedin cycle network in May 2015 while concerns were addressed.

''Many of the traffic islands did not meet basic specifications re turning circles, their placement created problems for other road users, the road markings were either not done or confusing, and the lack of signage meant the layouts were confusing and did not meet anyone's expectations.

''There were also issues with parking and a lack of consistent look and feel coupled with a variable build quality.''

The option preferred by staff is for the cycleway to run from the intersection of Forbury Rd and Coughtrey St through Richardson St, Moreau St, Bellona St, New St, Portobello Rd, Molars path, Wharf St and Kitchener St.

The cycleway could be completed within 18 months. The rest of the original proposed network might be carried out one day but it would need to be considered alongside other projects.

Scaling back the project did not affect the portion of funding granted by the New Zealand Transport Agency - the modified option had the agency's support.

The report says the council could decide to complete the network as earlier agreed, but this was not recommended. While it would give more length and coverage, it would not address community concern about quality and locations, the report says.

When contacted yesterday, Dunedin Mayor Dave Cull said he supported the staff recommendation to re scale the project.

''What this is doing is doing it the way it ought to have been done in the first place; in other words, properly. Not half doing it.

''The feeling is that one of the lessons from the episodes before is, if you're going to do something, do it properly the first time.

''And it may mean you are only able to do less, but then you're not retracing your steps to fix it.''