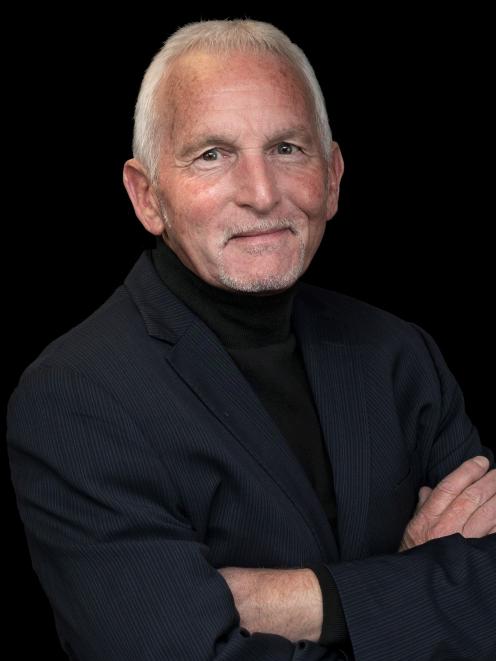 Michael Laws
Despite calls to halve the proposed rates rise and put a hiring freeze in place, regional councillors have confirmed an 18% increase for Otago next year.

The 18% increase in general rates will allow the Otago Regional Council to continue with the second year of a work programme it set out last year in its 2021-31 long-term plan.

Councillors went on to serve staff notice they expected a balanced budget for the year, which historically has not been happening.

Nevertheless, the 18% increase was a sore point for some councillors, because it comes as cost-of-living increases are putting budgets under strain.

The council’s former deputy chairman, Michael Laws, stood down from the role in March in protest ahead of consultation on the annual plan.

His proposal for a 9% rates rise and a hiring freeze lost in a 7-4 vote during deliberations on Wednesday.

He accused the council of living in an "alternate reality".

The council decided last year to front-load new spending, but he now wanted to spread it more evenly across the three years, Cr Laws said.

The organisation was looking to add 30-35 staff over the next 12 months and instead it should delay increasing staff numbers unless the new staff were deemed essential, he said.

It was "absurd" the council employed 14 communications staff, but that was only one example of a council department where a review might reveal overstaffing.

"The Government have indicated already in their Budget that they are prepared to come up with short-term solutions to try and massage, and ride the economy, and our communities through this most difficult time.

"I find it odd therefore that while the Government can decide that it’s going to do that, the Otago Regional Council would decide to carry on with business as usual — it is most expressly not ‘business as usual’."

Cr Gary Kelliher agreed there was real hardship out there during these "incredibly challenging times".

Cr Carmen Hope said food, fuel and rates had all increased and Covid-19 remained a factor.

There were many empty shops in Balclutha and Dunedin, she said. "And that’s just in the urban areas — the rural people are feeling it hard."

Cr Kate Wilson said she had a lot of sympathy for their position, but could not support it.

The environment needed to be invested in, she said.

The council’s long-term plan process identified much work to do, the community agreed and the 18% rates rise was a direct result of that, Cr Bryan Scott said.

Cr Gretchen Robertson disagreed with Cr Laws the council was unaware of its spending, or that it was overstaffed.

"Eighteen percent is tough, but sometimes you just need to be tough to get things going, and to keep things going," Cr Kevin Malcolm said.

Cr Hilary Calvert, who chaired the deliberations, first voted for Cr Laws’ proposal, but later supported the 18% rates rise when it was approved on an 8-3 vote.

What she took issue with was the council setting budgets and then blowing them.

Councillors voted unanimously to advise staff they expected a balanced budget next year.