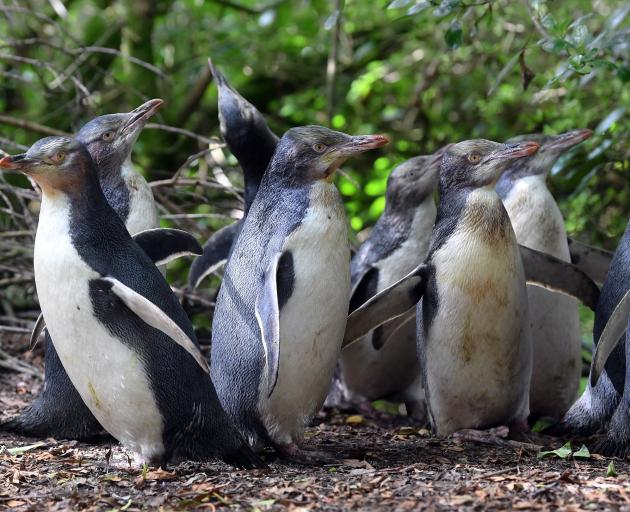 A waddle of yellow-eyed penguins. PHOTO: STEPHEN JAQUIERY
Despite some passionate input from the public, the Otago Regional Council has declined to continue funding the Yellow-eyed Penguin Trust.

Instead, an extra $40,000 will be put into the council’s Eco Fund, which is open to environmental projects across the region, and the trust would have to apply for it.

The decision was made during a finance committee meeting yesterday, where councillors deliberated public submissions to its draft long-term plan 2021-31.

The council has funded the trust’s science adviser position for the past six years.

That arrangement was set to expire in September, and the council did not include any further funding in its proposed long term plan.

The move was objected to by many submitters to the council’s plan, including the Department of Conservation and the Otago Peninsula Community Board.

The trust had said it was surprised to learn the funding would end.

However, it seemed some councillors felt the trust did not need the money.

"We have seen the balance sheet," Cr Michael Deaker said.

Cr Andrew Noone confirmed that was the reason for some councillors supporting the additional funding going into the council’s Eco Fund instead.

However, he personally thought an organisation should not be impacted negatively just because it had a "favourable" balance sheet, he said.

When it became clear during the committee meeting that the full funding would not be supported, Cr Marian Hobbs suggested providing $40,000 a year for three years, but the motion failed.

It was agreed that the money would, instead, be added to the council’s Eco Fund.

It is split into two contestable funding rounds of $125,000, with one round in October and one in March.

There is no guarantee the trust would receive any money from the fund.