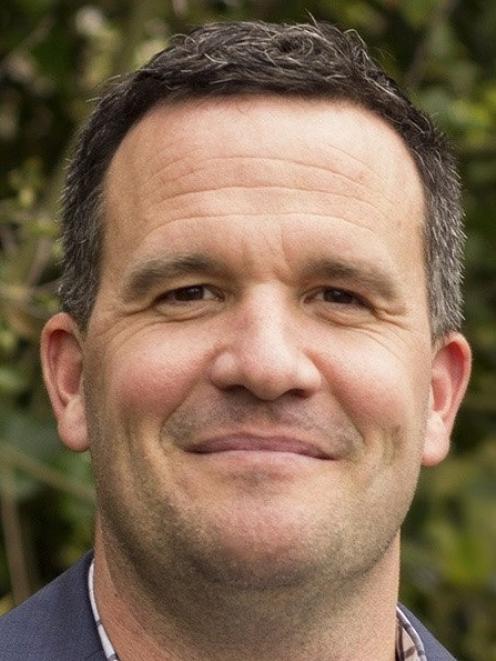 Richard Saunders
The monitoring regime run by the Otago Regional Council may need a boost to make sure environmental harm is curbed.

The amount of monitoring has been compared unfavourably with what other regional councils in New Zealand have achieved, and regulatory general manager Richard Saunders said the council had fallen behind schedule.

"We are significantly behind in our compliance monitoring programme," he said.

"We haven’t got the number of visits and audits done over the last few years that had been scheduled to be completed."

An independent analysis of the regional sector’s compliance monitoring and enforcement for 2018-19 was presented to regional councillors at a regulatory committee meeting last week.

The report, by the Catalyst Group, highlighted that Otago had 1161 consents that required monitoring but the council checked on just 607, or 52.3%.

That was the lowest rate of any regional council in New Zealand, although the Gisborne District Council unitary authority’s statistics were unknown.

The Otago Regional Council’s monitoring rate was also down on the 66% it achieved in 2017-18.

Mr Saunders said some compliance staff had to get involved with pollution response and this contributed to resourcing and efficiency issues.

He said the council also needed to get ready for an increased monitoring workload expected to occur when Plan Change 8 comes into effect.

That water plan is to be considered by the Environment Court at a date yet to be determined.

The Catalyst Group report listed each council’s enforcement actions for 2018-19.

Five councils concluded no prosecutions and the same number had none in progress.

The Otago Regional Council concluded four prosecutions and had two more in progress.

Four corporate entities in Otago were convicted and their fines totalled $87,975. One prosecution resulted in a restorative justice process.

It responded to all of its 2056 reported incidents.

Environment Southland was one council that took a little more enforcement action.

It concluded six prosecutions and had five more in progress.

Convictions were entered for five individuals and four corporate entities.

Corporate fines as a result of Resource Management Act prosecutions totalled $101,775 and individual fines added up to $59,550.

The Southland council responded to 86.1% of its 813 reported incidents.

The Otago and Gisborne councils were the only ones that did not have enforcement policies.

The Otago Regional Council did not record the number of complaints or incidents that staff attended physically.

Maybe ORC need to call in consultants to do this work. After all, management are useless and they only spend $40,000 a week on consultants now - all of our money incompetently spent.

Last year's report stated that, "idiosyncratic and piecemeal data management, led to variable levels of transparency". This year's report proves that Otago is one of the worst offenders with Taranaki and Nelson monitoring all consents requiring checking, while Otago lagged at 52% with over 40% of it's dairy farms having not been inspected in the last 12 months. Otago and Gisborne are the only councils still not to have a formal enforcement policy and Otago, Hawke’s Bay, and Tasman councils don't even bother to record how many incidents they physically attended or confirmed as breaches.
Otago Regional Council you are a disgrace and an embarrassment. The problem is not caused by individual personalities, it is caused by a poorly performing council as a whole even when being compared to other less than ideal regional councils.

Is this just another example of how this regional council is a waste of our money and time? Perhaps it would be better to get rid of this organisation altogether - they clearly are not up to what is required. And given the lack of leadership, unity and ability it would make sense to close them down.

It's good, ODT, that you are spending more energy focusing on ORC and asking pertinent questions. They have got away with too much disgraceful environmental mismanagement for too long. They have not been held to account in the media; The media has not been asking the right, sharp questions of the ORC -- many meaty, important stories have gone unnoticed and unreported; so they have got away with disgraceful and inept performance, with some very questionable decisions being made. Time for the media to step up to monitor ORC's actions, leaders and policies very carefully and vigilantly going forward. They wield so much power, yet there is a high level of opacity, media haven't asked the searching questions - instead, journalists/media have asked patsy questions -- so Otago citizens learn little of what goes on. We love you , ODT, when you go in to bat on missions for the wider Otago community, to create social good and protect us. You do us proud in those situations.