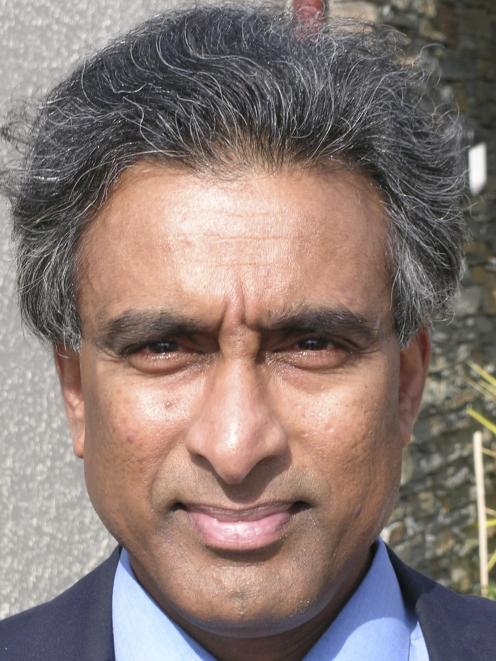 Selva Selvarajah
Bad discharge practices could be promoted by the granting of stormwater discharge consents to the Dunedin City Council, the Otago Regional Council says.

An independent panel, on behalf of the regional council as consent authority, granted consents last week for the city's stormwater to be discharged into the sea for the next 35 years.

Council resource director Selva Selvarajah said at a committee meeting recently staff were disappointed at the decision, which was for longer than the regional council wanted and allowed for mixing after discharge.

The regional council had worked closely with the city council ''behind the scenes'' on the consent application before the hearing.

The granting of the consent for 35 years instead of the regional council's preferred 10-year term was a concern.

It was hard to predict the type of conditions which might be needed after 10 years, he said.

He believed there might have been some confusion in the panel about review clauses and renewal, as both processes cost similar amounts.

In its decision, the independent panel said there was little point in going through the same process in 10 years' time when other stormwater discharges were permitted adinfinitum.

The regional council was also concerned about the allowance for mixing zones, which meant bug and nutrient levels could be measured after it mixed with water, as it was not an approach allowed in its freshwater discharges, he said.

In-pipe measurements normally showed higher levels than in mixing zones as the discharge was diluted by water.

However, the regional council's Coastal Plan did allow for mixing zones.

The council would review the plan to bring it into line with its freshwater plan by removing mixing zones or making it more in line with the New Zealand Coastal Policy Statement, Dr Selvarajah said.

The council could not appeal the panel's consent decision.

Councillor Gretchen Robertson said the 35-year term was a surprise when there were impacts on the coast from the stormwater discharges.

As there were many environments where stormwater was discharged into fresh water in Otago, the council really needed to think about its rules, she said.

''This isn't a surprise to any councils.''

DCC water and waste services manager Laura McElhone said the panel's decision clearly recognised the work the council had put into improving the city's stormwater quality and the council was comfortable the panel had taken the appropriate approach.