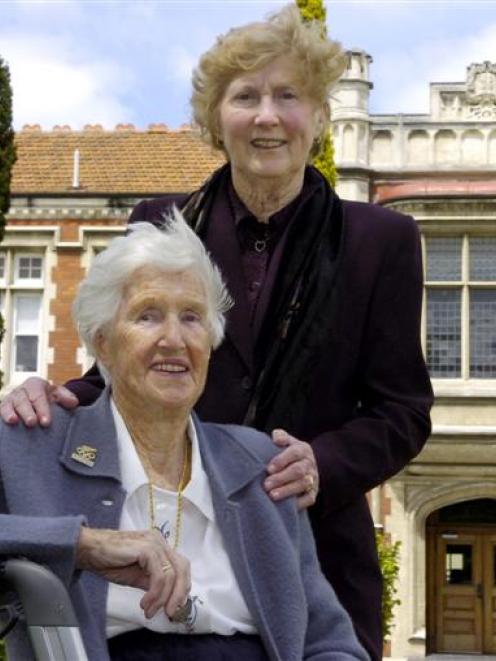 Olympians Ngaire Galloway (left) and Yvette Corlett at Otago Girls High School yesterday for the unveiling of its honours board. Photo by Jane Dawber.
Two of the greats of Otago sport - Ngaire Galloway (nee Lane) and Yvette Corlett (nee Williams) - returned to their old school yesterday for the official opening of the Otago Girls High School Olympic honours board.

It is not generally known that Mrs Galloway (84) won a bronze medal in the Australasian freestyle relay team at the London Olympics in 1948.

"The relays were held on the last night of swimming and I still have the medal," Mrs Galloway said. 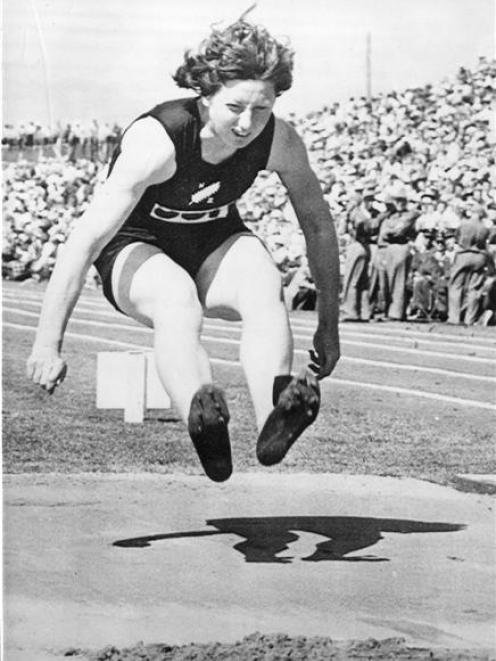 Yvette Williams wins the women's long jump at the Empire Games in Vancouver in 1954.
"It was very special for me."

Mrs Corlett (80), the first New Zealand woman to win an Olympic gold medal, is recovering from the severe health problems that have plagued her for the past few years.

"I had an abscess on my brain, had two operations and was in hospital for three months," Mrs Corlett said.

"I couldn't walk or talk. I also had an operation for bowel cancer."

Mrs Corlett won the long jump at Helsinki in 1952 and is one of 11 Olympians from the school.

The only other gold medallist is Jenny Armstrong in yachting's 470 class when representing Australia at Sydney in 2000. 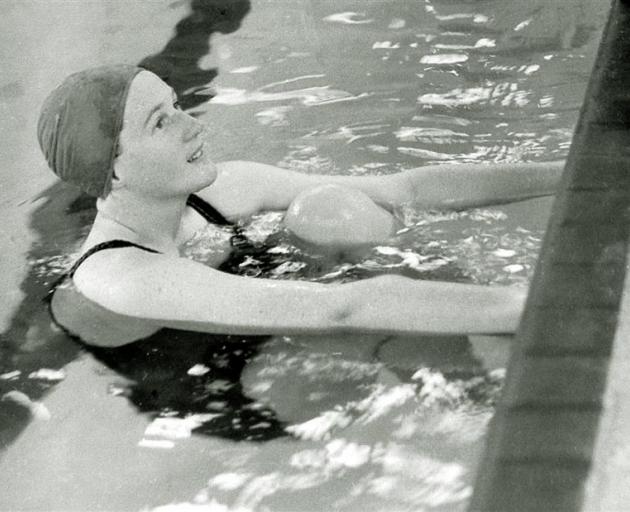 Ngaire Lane in the pool for the 1948 Olympic Games in London.
The two other medallists are Jean Hurring (nee Stewart), a bronze in the 100m backstroke at Helsinki in 1952, and Jan Shearer, a silver in yachting's 470 class in 1992.

"I didn't know there were so many Olympians from the school," Mrs Galloway said.