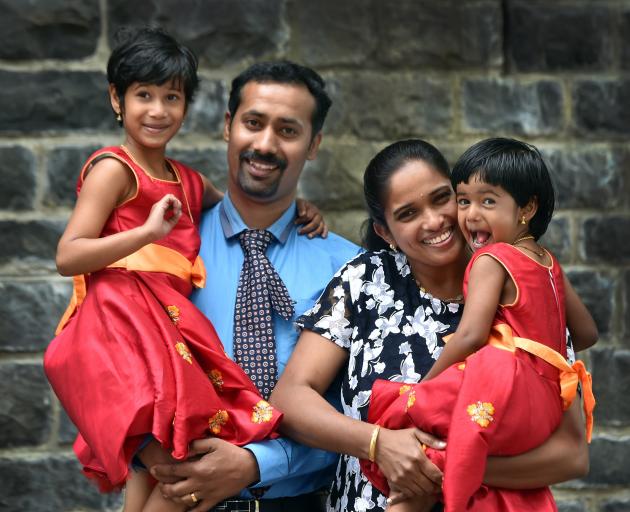 Despite being granted citizenship in September, their ceremony was cancelled due to the Covid-19 pandemic.

After much anticipation, they were able to mark the milestone at a ceremony and afternoon tea at the Dunedin Centre on Thursday, with their two children, Angel Maria Santhosh and Alna Maria Santhosh.

Ms Mathew said they were happy to finally be able to celebrate.

"Finally the time came - we are so glad. [New Zealand] is the best place. We are happy to be home here - so lucky."

Mr Kunnumpurath Jose joined her in 2014 and also landed a good job, as a forklift driver, she said.

"We decided to stay here and make it home."

"We both are settled with a good job now and the kids are happy."