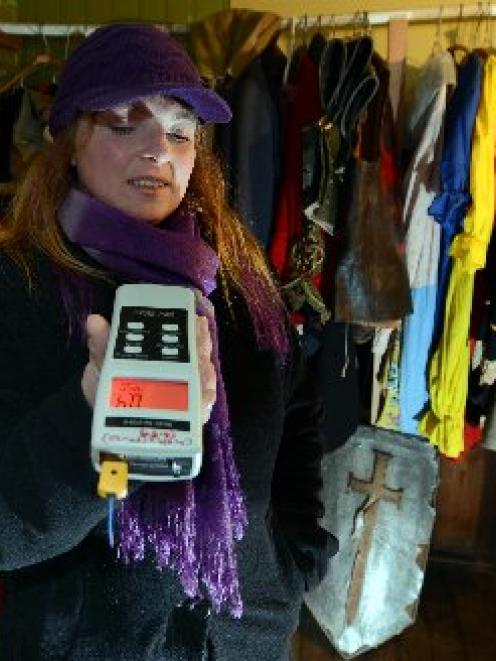 Head of Dunedin paranormal group, The Other Side Paranormal, Kelly Cavanagh said the "less-than-nice" presence had been connected to incidents in the theatre, including one where a member of the theatre's committee believed she was pushed down the stairs by a ghost.

Ms Cavanagh said she had been involved in a previous paranormal investigation at the theatre two years ago where evidence was uncovered of the "sinister" spirit and two other spirits who did not have malicious intent.

The group believed the "less-than-nice" presence at the theatre was possibly the spirit of Robert Blackadder, who lived in the building in the 19th century before it became a theatre.

The other spirits were believed to be a girl called Mary Elizabeth Richmond (now thought to have moved on from the theatre), who lived in the building when it was a cottage in the 1860s, and former theatre caretaker Frank Grayson, who died in the 1980s.

Ms Cavanagh said one of the aims of this weekend's investigation would be to find out if Robert Blackadder was still in the building.

Three or four of the investigators would go to the theatre equipped with a combined electromagnetic field reader and temperature gauge to measure any changes which they believed could be connected to paranormal activity, a video recorder with night vision and a voice recorder for sounds.

Rosemary Beresford, of the Friends of the Globe Theatre, said the building, which became a theatre in the 1960s, was built by Dunedin's first mayor in the 1860s.

Play directors and theatre committee members were among those who had felt an otherworldly presence while alone in the building at night, she said.