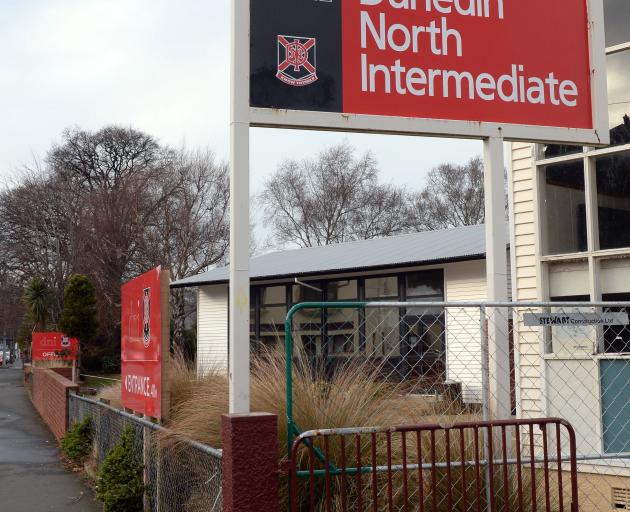 Earlier this year, the year 7-8 school announced it would establish an enrolment zone after recording its largest role in 20 years.

Principal Heidi Hayward said the school had 297 pupils and was nearing its capacity, so the Ministry of Education had directed it to implement an enrolment zone which would cap the roll at between 305 and 310 pupils.

Waikouaiti Coast Community Board member Mandy Mayhem-Bullock said many parents in the Waitati area were concerned their children would not be able to enrol at the intermediate if the proposal was approved.

"A lot of parents made submissions about that, but I don’t know if it will be enough to change the zoning."

While Waitati Primary School catered for pupils up to year 8, she believed it was important parents had the option for their children to go to their nearest intermediate for social and educational reasons.

"An example would be my son. I convinced him that DNI would be great for him, and it was. He just blossomed."

Some parents were also concerned their younger children would not be able to follow older siblings through Dunedin North Intermediate if the enrolment zone was established in its present state.

Ms Hayward said the intermediate presently enrolled about 25% of pupils from what would be considered "out of zone", and she did not anticipate that would change.

"In fact, if we stopped taking any students from out of zone, then we would likely be under capacity.

The school’s board of trustees had suggested the zone should mirror that of Logan Park High School and extend to Port Chalmers and north to Karitane.

"This has been rejected by the Ministry of Education on the grounds that we would then include a number of full primary schools in our zone, and they already provide for year 7 and 8 students.

"However, we are most concerned that students who do not live in the zone will not be able to come to DNI as of right.

"We think that these schools, who have historically used DNI when the full primary option has not been appropriate for them, and who are not in the zone for any other intermediate, should be zoned for DNI so that they have a guaranteed choice of full primary or intermediate for years 7 and 8."

She said an essential part of the process was consultation and there had been a strong response in opposition to the proposed map.

The matter would be discussed by the board on May 25.