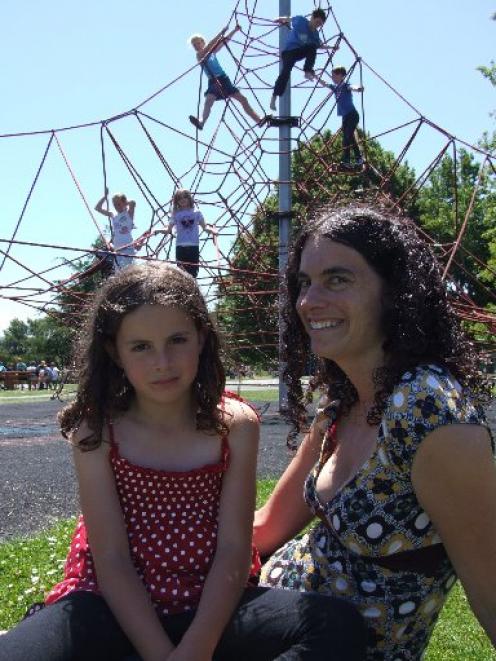 The research by Dr Robin Quigg, of the university's Department of Preventive and Social Medicine, looked at activity levels among 184 children before and after two playgrounds in their neighbourhoods were upgraded by the Dunedin City Council.

Each child wore an accelerometer and a GPS device for eight days in 2008, then again a year later, following the playground upgrades.

The results showed there was no significant difference in the total daily physical activity for children who lived in areas where there had been a playground upgrade, compared to a control group of children living in an area where there was no upgrade.

Children who lived in the areas where there was an upgrade visited the playgrounds more, but this did not result in an overall increase in physical activity, Dr Quigg said.

The results suggested playgrounds were a small aspect of children's daily life, and only about 25% of the children visited the upgraded playgrounds over the eight day period, she said.

"We tend to think that kids are always there, but really, they are not.

"There are a lot of other things children do and perhaps these may have more impact on activity levels."

Further study should be able to answer some of these questions and more analysis of the data was planned, she said.

She hoped to find out what influenced the more active children to be active.

"It could be that we discover all you need is another adult in the house, which means someone could go outside to play or walk, or maybe it comes down to transport issues."

However, she insisted that despite the underwhelming results for playground upgrades, money should still be spent on them.

Playgrounds were valuable as "a low key, positive approach to physical activity" and were a focal point for the community "so it is important they are well maintained", she said.

It was possible that more promotion of playgrounds could result in increased activity levels.

Council community and recreation services manager Mick Reece said the council would take the results of the study on board.

However, it was largely up to the community whether money should spent on playgrounds.

"At the end of the day, even if it were decided that [upgrading playgrounds] didn't increase physical activity, the communities in Dunedin may still say `we still want playgrounds'," he said.

Taieri Community Facilities Trust member Teresa Christie, who along with other parents helped raise money for the Memorial Park playground in Mosgiel, said despite the results of the study, it was important the council continued to spend money upgrading playgrounds.

The Memorial Park playground, which cost $750,000 to build, was an example of how they could be a "social hub" for communities, Ms Christie said.

She said children quickly got "bored" with old playground equipment and it was important the council continued to upgrade them.

The new equipment at Memorial Park was so popular that at busy times children were forced to queue to go on activities, she said.