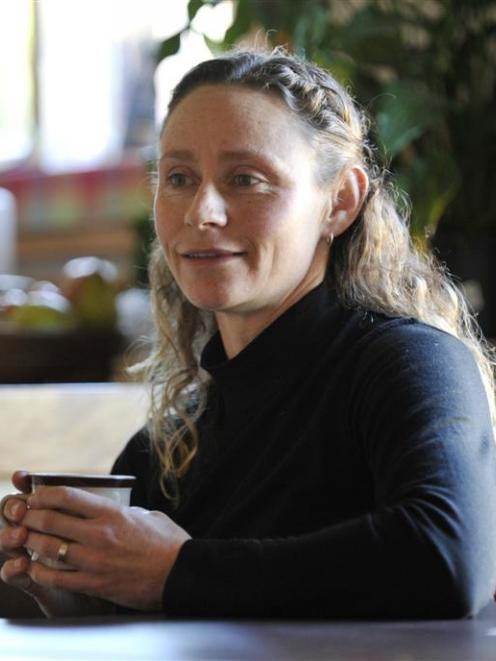 Dunedin mother Anna Johnson does not vaccinate her sons. Photo by Gerard O'Brien.
Paying parents who vaccinate their children is "bribery", a Dunedin mother, who has not had her two sons vaccinated, says.

Considering payments - or linking existing parental benefits to immunisation - to increase New Zealand's immunisation rate is a recommendation of the health select committee's report released in March, a response to which is due from the Government on June 22.

Mrs Johnson said payments did not encourage people to make an informed choice based on the evidence.

A former Otago Polytechnic outdoor education tutor, she said it was best for children to build their immune system through coping with childhood illnesses.

Nutrition, including breast-feeding, and a high standard of living, produced healthy children who did not need vaccines.

She believed there was a place for vaccination for those who could not provide a high standard of living, and did not rule out the family opting to vaccinate in future.

She rejected the argument that her children, Eli (3) and 10-month-old Niwha, enjoyed the benefits of "herd immunity" while putting others at risk, saying they were frequently around other unvaccinated children.

Parents should not be judged for doing what they thought best, she said.

Otago and Southland Medical Officer of Health Dr Marion Poore said that while important, good nourishment and care did not prevent disease. Vaccines stimulated the immune system to fend off disease, and were not detrimental to the immune system, as some claim.

Introducing payments would need to be thought through as it would set a "precedent".

Southern DHB's rate of full vaccination, 93%, was high, she said. Nationally, in the three months to December 31, the national rate was 88% fully immunised.