'People say hello to you' 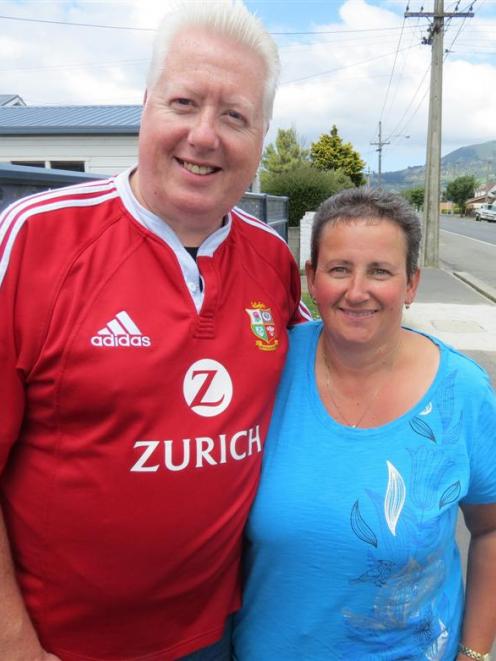 The pair have lived in Gordon Rd since they married about six years ago.

Mr Reeves said Mosgiel had a real community feel that you did not get living in Dunedin.

''People say hello to you even if they only know you because they have seen you around the place,'' he said.

Mr Reeves enjoyed walking and said Mosgiel was a good size for this with shops, dairies, supermarkets and The Warehouse all within walking distance.

Mr and Mrs Reeves also enjoyed the Mosgiel climate which was not as windy as Dunedin, even it could get a little colder in winter.

Both were born in the Dunedin area.

Mrs Reeves was raised in Abbotsford.

She went to Abbotsford Primary School and Queen's High School.

She lived in Christchurch for several years but returned to Mosgiel and has lived there for more than 20 years.

After school he worked in music retail and has been a professional musician for years.

Mr Reeves is also a great fan of sport. He was a keen rugby player until he was knocked unconscious playing for the Green Island Fletcher Cup Team.

He recovered from the injury and transitioned into sports photography rather than playing.

Since then, Mr Reeves has been a contributing photographer for the Otago Rugby Football Union, as well as for local media.

He has photographed Bledisloe Cup matches and been on the sideline for All Blacks matches against many international teams.

The pair both have children from previous marriages. Mrs Reeves has two sons, aged 18 and 21, and Mr Reeves has three children, aged 15, 13, and 11.

They also have two dogs, Hector, a pug, and Storm, a Staffy cross.

Mr and Mrs Reeves both have strong family connections in Mosgiel.