Not many people welcome the discovery of wasp nests, but they are providing invaluable research material for two Dunedin students.

They have removed as many as 40 nests over the last two years, and four in the past couple of months.

Mr Gilligan and Ms McLaughlin are researching ways to eradicate wasps by altering their DNA to stop them producing males, rather than getting rid of the stinging pests by using poison, which can affect the environment.

They initially struggled to source nests for their research, but after advertising at a local garden centre they received many requests from people to remove their wasps.

Mr Gilligan said it was hard work removing the nests, especially on a hot day. 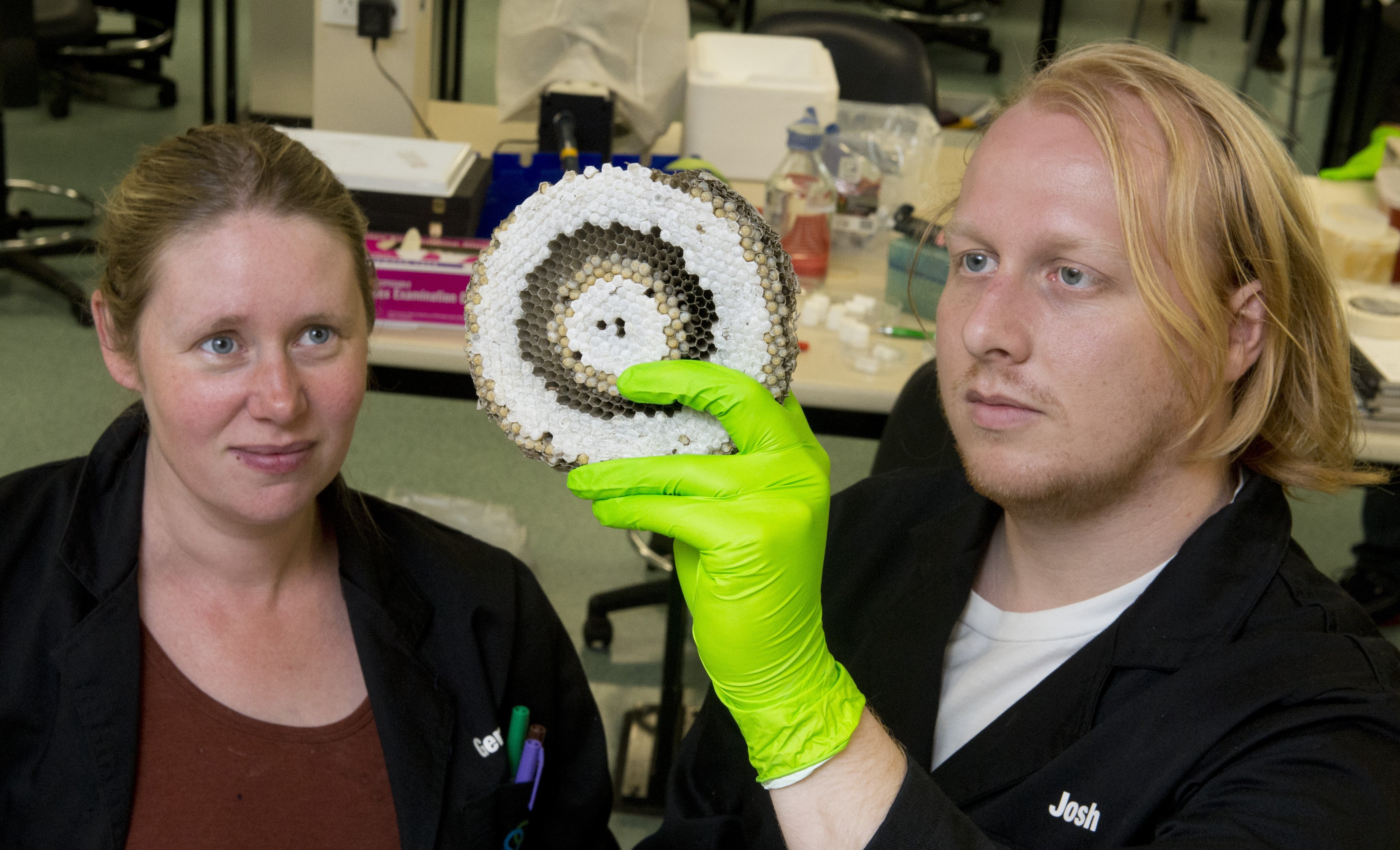 "You don’t know what you’ll get till you’re there.

"It could take between 20 minutes, to a few hours. We’ve had a few really tricky nests."

The students wore beekeeping suits over two layers of denim, to avoid being stung.

According to the Department of Conservation, wasps cost New Zealanders $133million a year from their impacts on farming, beekeeping, horticulture and forestry workers.

"Not many people realise that wasps aren’t native to New Zealand, and they’re a pest to our environment," Mr Gilligan said.

"They kill bees, and baby chicks, and make it unsafe for people to walk through forests, so they’re something that we want to get rid of."