PhD student studies what is behind burning out 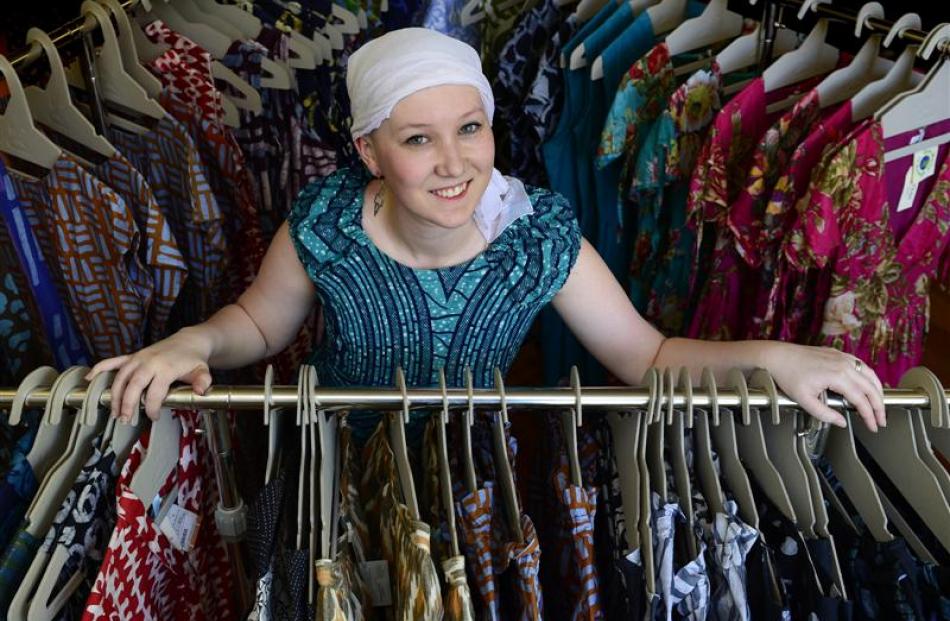 University of Otago student Susan Wardell wears East African clothing in her Dunedin boutique yesterday as she gets set to research what causes youth workers to burn out in New Zealand and in Uganda. Photo by Peter McIntosh.

Devoted youth workers are burning out, so a Dunedin student is flying to East Africa to research if the mental fatigue only manifests itself in the Western World.

University of Otago student Susan Wardell (23), from Dunedin, said her three-year study would compare what causes youth workers to burn out in New Zealand and in Uganda.

She had worked with youth at Roslyn Baptist Church before, so was "at home" observing youth workers in New Zealand but she expected staff in the city of Kampala, Uganda, to be dramatically different, she said.

The social anthropology and communications PhD student would spend 10 weeks in the East African country with her husband and the research project would focus and what part spirituality played in people suffering from compassion fatigue, Mrs Wardell said.

Compassion fatigue was when the worker took on the same symptoms as the youth, she said.

Faith-based youth workers often focused on the care of others and forgot to care for themselves, she said.

Youth work was a "notoriously" short-term field and staff needed to look after themselves to ensure career longevity, she said.

The staff at Canterbury Youth Services in Christchurch, where she would work next week, apparently burnt out less than the average youth worker in New Zealand so she would research the factors creating greater career length, she said.

Burnout was a Western phenomenon and a diagnosis in New Zealand, she said.

"It's a legitimate sick day, it's all official now."

Exhausted workers cost the Government money so it wanted to know how to prevent burnout, she said.

Between her study and running her ethical boutique, the Cuckoo's Nest, in George St, for almost a year she was not near burnout, she said.

"But I am getting less and less sleep each night."