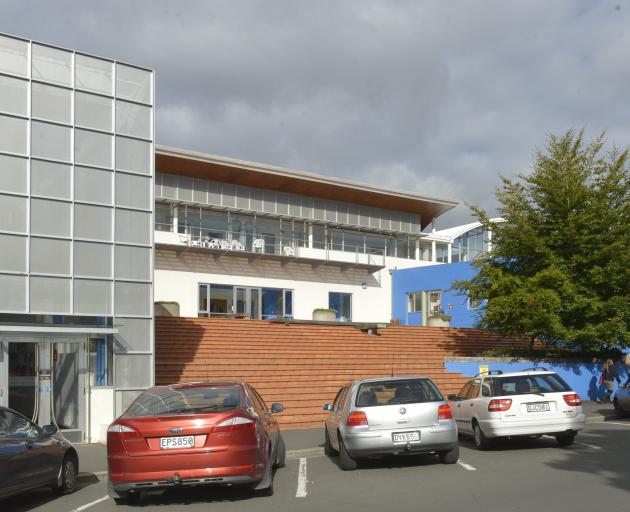 Pro-vice chancellor of sciences Prof Richard Barker says the cuts are needed as the financial position of the school, amid falling students numbers and deficits, is not sustainable.Photo: Gerard O'Brien

Staff in the University of Otago's School of Physical Education, Sport and Exercise Sciences are ''devastated'' after a proposal to slash 13 full-time equivalent positions.

The university has confirmed it had proposed job cuts and a plan to cut the number of papers at the school from 65 to 33. It was believed the changes would save the university $2 million a year.

The move was slammed by the Tertiary Education Union (TEU) which said the university had mismanaged the process leading to the cuts.

The proposed cuts come three months after the school was judged the top-ranked university department in New Zealand after placing seventh in the annual QS World University Rankings by subject.

Pro-vice chancellor of sciences Prof Richard Barker said the cuts were needed as the financial position of the school, amid falling students numbers and deficits, was not sustainable.

''The school has a proud history and is respected nationally and internationally.

''However, dramatic changes in enrolment patterns have threatened the school's future prospects,'' he said.

It had run losses in the past four years and in that time student numbers had dropped by 40%.

''The financial impact of declining numbers of students has been marked, and we are now planning to address this with the following proposed response.''

The school also faced increased competition for students in the area and changing school leaver numbers.

''If we address the need for change now, then I believe that the school has a bright future both nationally and internationally,'' Prof Barker said.

It proposed cutting academic staff from 25.3 full-time-equivalent (FTE) positions to 17.8 and cutting 2.5 FTE technical staff. Three general staff positions would be disestablished by the end of the year after a voluntary severance process.

Changes to the curriculum included moving from a four- to three-year undergraduate programme, which was more in line with competition, and reducing the number of papers from 65 to 33.

''There are currently many papers that are undersubscribed, and continuing to teach them is not viable.

''We would rather focus on teaching fewer papers well, rather than offering a range of undersubscribed papers.

''We expect the school to seek to have a new curriculum approved early next year for introduction in 2019,'' Prof Barker said

Changes included removing the dance specialisation within the school and moving elements of it to the department of music, theatre and performing arts.

Interest in many of the school's dance papers was low.

Consultation on the changes ended on Friday and it was anticipated a final decision would be communicated to staff next month.

He said it was hard to predict how the school's QS ranking would be affected by any changes.

''It was pretty devastating for them - the magnitude of the cuts and also the indications of where the cuts might be focused.''

The union believed the process leading to the proposal had been mismanaged.

''They are making significant proposals for reducing staff without knowing what the final shape of the curriculum will be and that's seems absolutely the wrong way around,'' Ms Smith said.

The draft curriculum had not yet been confirmed and was prepared with no input from staff across the school.

''The curriculum should have been confirmed in consultation with a reasonably wide group of people who had expertise in the area, prior to deciding what the staffing framework would look like.''

Many of the proposed cuts were in the areas ''most readily associated with physed'', including in outdoor education.

''Those papers attract a lot of students. The school offers quite a diverse range of programmes and that diversity looks to be being significantly narrowed.''

The union also believed it was a mistake to cut the dance programme, which aligned well with the university's Maori and Pasifika strategy.