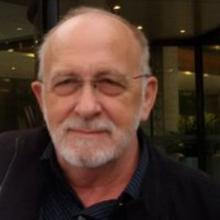 Anthony Tosswill.
Height looms as a key issue when plans for what would be Dunedin’s tallest central city building go under the microscope.

A public resource consent hearing will begin on Monday to consider arguments for and against the five-star hotel and apartment tower proposed for Moray Pl.

Supporters argue the hotel would deliver much-needed economic benefits to the city, but opponents worry about its visual dominance, shading and blocked views.

A report by independent planner Nigel Bryce, to be considered at the hearing, has recommended consent be declined unless the developer agrees to a four-storey "substantial reduction" in the building’s height.

An assessment by  consultant urban designer Garth Falconer also acknowledged the height hurdles ahead of the project.

At 60m high,  the 17-storey hotel would be "significantly" the tallest building in the central city, exceeding the 50m-high spires of St Paul’s Cathedral and the 10-storey Forsyth Barr and Burns House buildings.

It would also stretch well beyond the 11m height limit set for the site in Dunedin’s district plan and the 16m limit proposed in the city’s second-generation district plan.

The hearing was expected to continue until Friday, but could make use of two further back-up days if needed.

Mr Tosswill, in a statement released by his lawyer, Phil Page, has already ruled out a reduction in the hotel’s height, saying the project would "not be viable" with such a change.

The hearing starts at 9.30am in the Municipal Chambers’ Edinburgh Room.

Fair bet that the majority of opponents of this new hotel also opposed the previous major hotel development and probably the Forsyth Barr Stadium. Some people just don't understand progress, here's hoping our Council 'get it'. I'm not the first to say Dunedin could be more vibrant with features similar to Wellington, but we're 20 years behind. Seriously.
What is wrong with a new taller building? Dubai & London don't have a problem with tall buildings and London is a proper historic city. The view of the harbour being slightly compromised for a couple of office buildings isn't enough of a reason to stymy progress which is desperately needed in our 'beige' city - as Billy Connolly described it.

What Billy Connolly said was 'Ut's nothing LIKE Edinburgh' and showed a brothel in an heritage building on Princes St.

That vista is vertiginous and claustrophobic. The height and grey redolent of Tokyo high rise engulfed, in 'Tsunami These Days'.

Things can be done right, with a bit of class, surely.

This is what Dunedin needs - the Anti-Business-Brigade (Cull and his cohorts) need to get behind progression to really move Dunedin forward. Having spent 20 years abroad it's sometimes very difficult to understand why time has stood still in Dunedin. We need this hotel and we need more continued development, we'll never attract talent if we remain stuck in the past.