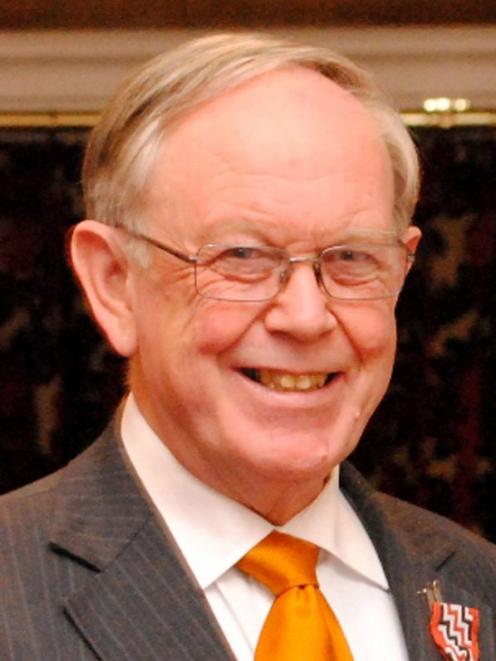 Mark von Dadelszen. Photo: ODT files.
Southern men, who have languished for years with inadequate access to a scanning machine to diagnose prostate cancer, should be prioritised by health system reforms, the Prostate Cancer Foundation says.

The Government unveiled widespread reforms of the health sector last week, which included scrapping all district health boards and replacing them with a national system intended to improve and standardise access to health services.

Southern patients, particularly rural ones, faced multiple trips and sometime extremely long ones, to be considered for referral for positron emission tomography (PET) scanning, let alone having the scan, he said.

"Under ACC, if you have an accident ACC will pay for you to travel, but the health system does not do the same thing, and that is illogical, but we have been putting up with that for years.

"I would hope the reforms would address those inequities, that if you are in Auckland you can get a scan but if you are in, say, Otago, you can’t ... it is another example of the postcode lottery.

"If there was going to be a PET scanner placed anywhere in the South Island that doesn’t have one, the obvious place to put it would be Otago."

Southern clinicians have lobbied for years for their patients to have better access to PET scanning.

In 2010, the then Otago Health Board’s chief medical officer Richard Bunton called for it to buy a machine to deliver what he called "gold standard" treatment to men, and address "woefully inadequate" provision of treatment.

Eleven years later, the Southern District Health Board still lacks such a scanner and like most South Island boards, sends patients to Christchurch.

Many clinicians recommend patients get a scan privately rather than wait to see if they are referred to Christchurch.

Access to PET scanning is understood to be one of several issues being considered by the SDHB as it drafts a new strategy for radiography services access.

"While some regions in New Zealand have now agreed to variations to the national indicators list to allow for some prostate cancer indications to be scanned, this is still under review for the South Island DHBs."

The PCF has complained to the Human Rights Commission about low Maori PET scanning rates, which it said was a form of racial discrimination.

Most rural and provincial people shared the same access issues as Maori in getting a PET scan for potential prostate cancer, Mr von Dadelszen said.

"We had a situation about two years ago where people in Otago and Southland could not get treatment, and those sorts of issues are endemic in the health system, and we certainly hope these reforms will improve those types of situations."

In 2019, the Health and Disability commissioner, in a special investigation of the SDHB’s urology service, found that one-third of patients — many of whom were prostate cancer patients — were not treated within acceptable timeframes.

There had been concerns expressed about the service’s performance since 2014, but it had since vastly improved its treatment rates.

Mr von Dadelszen said if there was a PET scanner in the South it would be another highly useful tool in the arsenal for urologists to assess their patients.

"They are only one thing, a whole lot of other things have to be working properly as well."

A local PET scanner might have meant that my tongue cancer would have been picked up six months ago when I first started to report symptoms. But because they are seriously rationed, even my GP recommending me for one was not enough. So now I have a terminal cancer which could have been treated and cured if found earlier. And don't even get me started on the waiting list for palliative chemo. I may well be dead before I even get an appointment with that team!