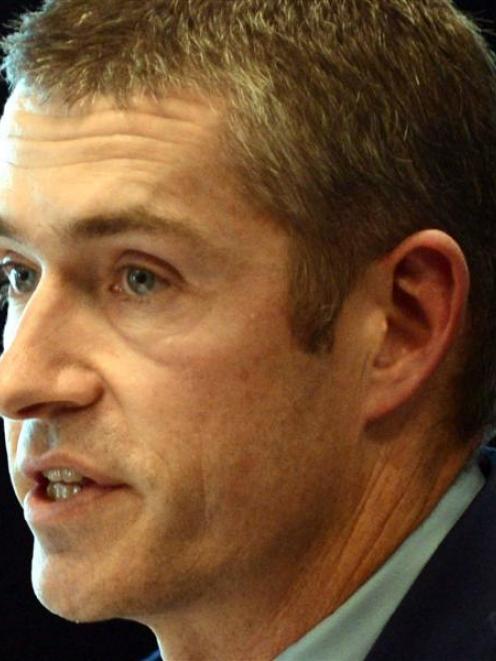 Andrew Coster.
Police remain tight-lipped about what punishments were imposed on officers involved in the handling of Edward Livingstone.

Action was taken against some officers involved in the handling of Livingstone, who killed his children Bradley (9) and Ellen (6) Livingstone last year, but details of those sanctions and how many officers were involved remains elusive.

Livingstone shot and killed Bradley and Ellen with a 12-gauge Stoeger shotgun in their beds on January 15, 2014, in the St Leonards home the children shared with their mother, Katharine Webb.

Ms Webb was granted a protection order against Livingstone in the months leading up to the deaths - an order that police twice charged Livingstone with breaching.

Police failings were highlighted during the coroner's inquest into the deaths.

Dunedin police failed to record and investigate bullet cartridges that were given to the children by Livingstone, ostensibly as a present.

Southern district commander Superintendent Andrew Coster told the Otago Daily Times in a statement earlier this week that ''police are more than willing to have a further discussion on the handling of the Livingstone case in due course''.

''However, we must respect the coronial process and await the release of the coroner's findings.

''We are not prepared to comment further on how we've addressed aspects of the police handling of the matter without also providing broader commentary on the circumstances of the case, which we cannot do until the coroner has released her findings.''

Southern police identified a ''number of issues ... in the weeks and months following the homicides in the Livingstone case'', he said following questioning by the ODT.

''This resulted in a number of changes in practice being implemented in the Southern district.

''As part of this, any deficiencies identified with individual members' handling of the case were appropriately addressed.''

No officers were dismissed as a result of the failings, but during last week's inquest a number of changes to procedure were outlined.

Supt Coster told Chief Coroner Judge Deborah Marshall that changes to Southern police after the deaths included the creation of an adult sexual assault squad in Dunedin, a more objective approach to investigations and a willingness to progress investigations involving reluctant victims.

However, when questioned by the ODT this week, Supt Coster would not divulge what action was taken against the officers involved, whether any were stood down from frontline duty or if any future action was likely to follow.

''Police will not be publicly discussing the details of this except to say all members were found to have acted with good intent in their actions taken in this case,'' he said.