An online threat which forced the evacuation of Otago Boys' High School in Dunedin failed to derail the start of NCEA exams for the school's pupils or thousands of others across the South yesterday.

The threat - the details of which have not been revealed - brought emergency services racing to OBHS at 7.35am yesterday, on the morning of the first day of NCEA exams.

The cordons were lifted shortly before 10am, allowing afternoon exams to be held as normal, after a search found nothing of concern. 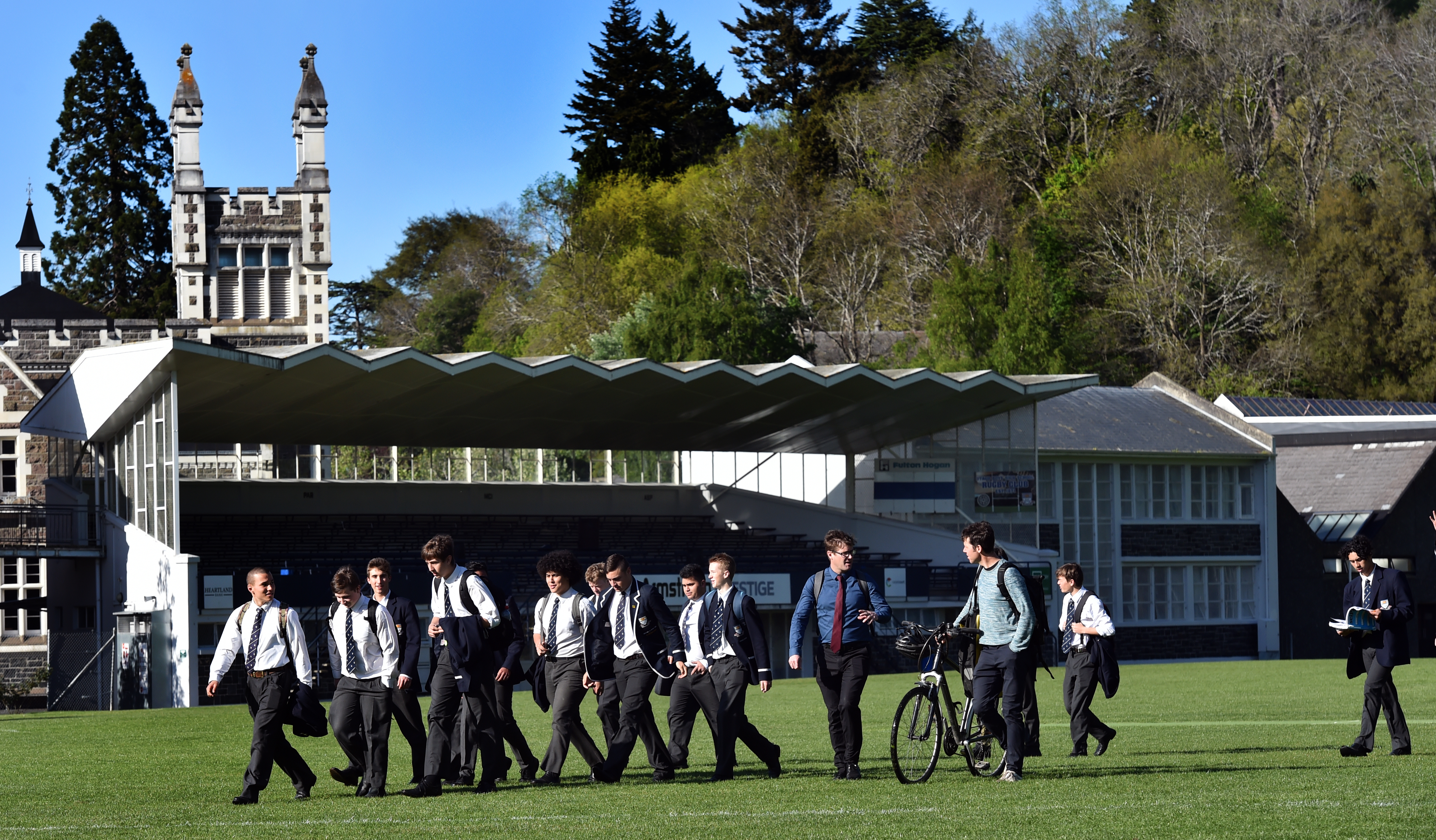 Police were speaking to a "number of youths" in relation to the incident, but no charges had been laid.

The incident disrupted morning exams and saw a scholarship calculus exam moved from OBHS to John McGlashan College, while a level 2 physics exam was shifted to St Hilda's Collegiate.

About a dozen pupils went to the exam at John McGlashan and about 70 boys went to St Hilda's to complete the physics exam.

OBHS rector Richard Hall said the "interesting" start to the day was one "we didn't need", but the pupils, community and other schools had reacted well.

Evacuation procedures had been carried out "superbly" by those involved, and the ability to shift OBHS pupils to other schools to sit their morning exams was "a fine example of the spirit of the Dunedin community, and particularly the secondary schools".

Elsewhere in Dunedin, exams went ahead as normal - and with the normal amount of nerves.

Neither admitted to too many nerves yesterday, although Tobias said the news from OBHS had been "a bit scary" to start with.

Both sat their scholarship calculus exam in the morning, followed by level two physics in the afternoon. Tobias said he felt "pretty good" between exams.

"I answered most of the questions. I checked them and there weren't a lot I wasn't able to do," he said.

Andrew was also confident after his morning's efforts.

"I found a lot of questions challenging but at the same time I was able to understand what to do."