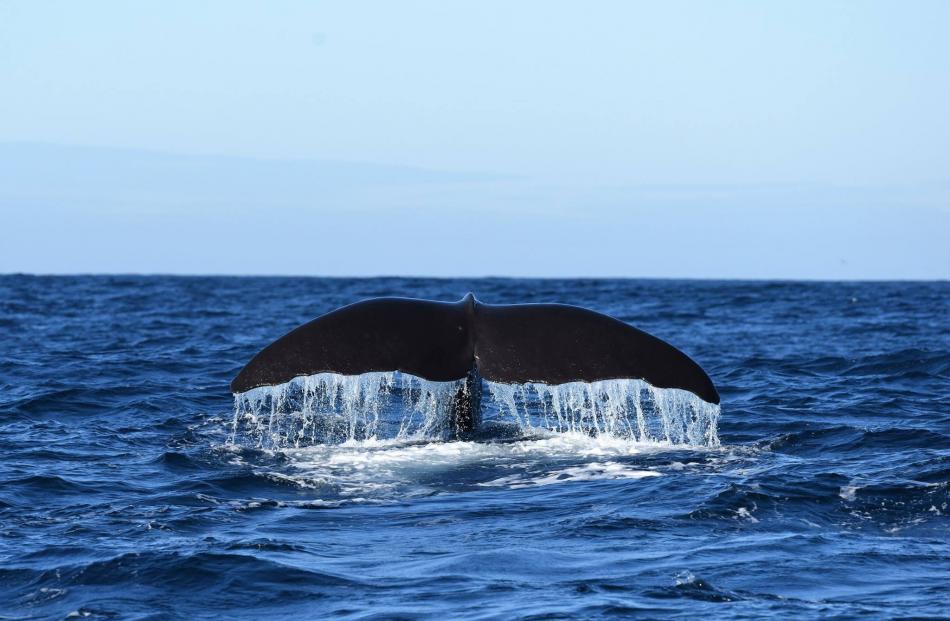 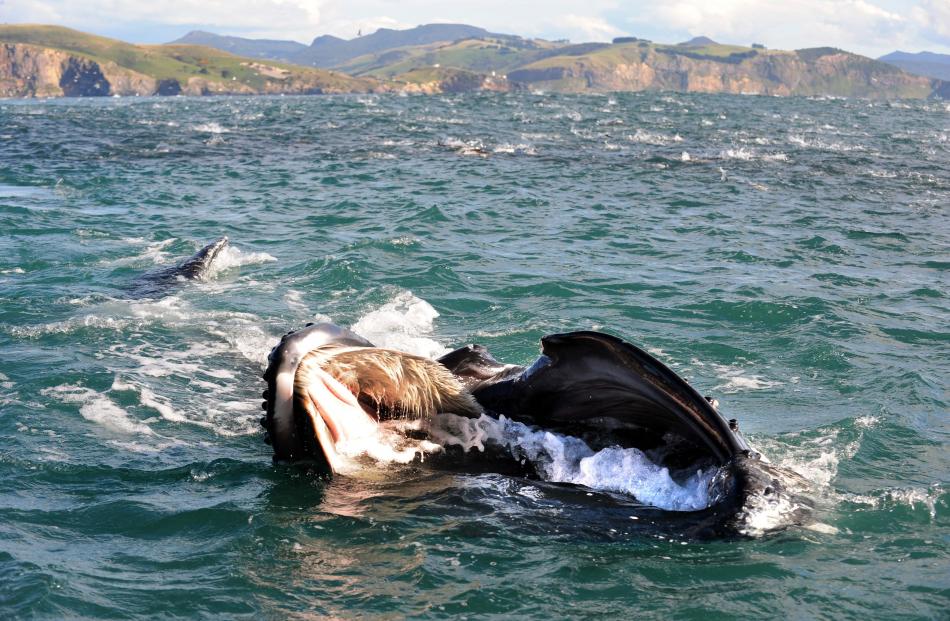 A calf humpback whale opens its jaws as it feeds in a school of barracouta off the Otago Heads. Photo: Stephen Jaquiery.

Dunedin's claim as the wildlife capital of New Zealand has been boosted after researchers found it is home to a whale population second only in significance to Kaikoura's.

University of Otago department of marine science lecturer Dr Will Rayment said a survey of the coast off Dunedin showed it was home to a surprisingly large population of whales.

The population was so dense and varied Dr Rayment believed it was second only to Kaikoura in terms of significance in New Zealand. It was possible there were other areas researchers did not know about.

As part of the survey, led by Dr Rayment, researchers from Otago University and the New Zealand Whale and Dolphin Trust visited an area called the Otago Canyons 10 times over the past year and a-half.

They were surprised to find whales in the area every time they went out, which showed they were present year-round.

The most common sightings were of sperm whales, which they either saw or heard using special equipment on every trip, but they also found other species.

The species is one of the least known in the whale kingdom.

The ''really exciting thing'' about the survey was although there had been suggestions there were whales in the area, including reports from fishermen, it had not been well studied before.

''It was a really voyage of discovery,'' Dr Rayment said.

He believed it was possible, but unlikely, the findings would trigger a boom in whale-watching off the coast.

This was because the canyons only began 25km offshore and took hours to get to, often through rough seas.

In comparison, the canyon of Kaikoura started about 5km off the coast.

''That's what makes it so accessible for whale-watching and tourism.''

Whale-watching by plane, which was done in Kaikoura, could be more feasible.

It was not understood precisely what made canyons such as those off Dunedin and Kaikoura so special, but it was believed they concentrated food sources in some way.

More study was needed of the Otago canyons, but they had found evidence from faecal samples sperm whales were feeding off squid in the area.

Dr Rayment hoped the findings would be considered next time oil and gas exploration was considered off the Otago coast and also when fishing reserves were discussed.

''These are interesting and important habitats, so we should think about any impacts that there might be on those places.

''We should do whatever we can to protect them.''

More research was planned on the canyons and the group had began cataloguing the population of sperm whales by photographing the unique patterns on their tail flukes.

So far they had identified seven individuals, none of which had been recorded elsewhere in New Zealand waters.