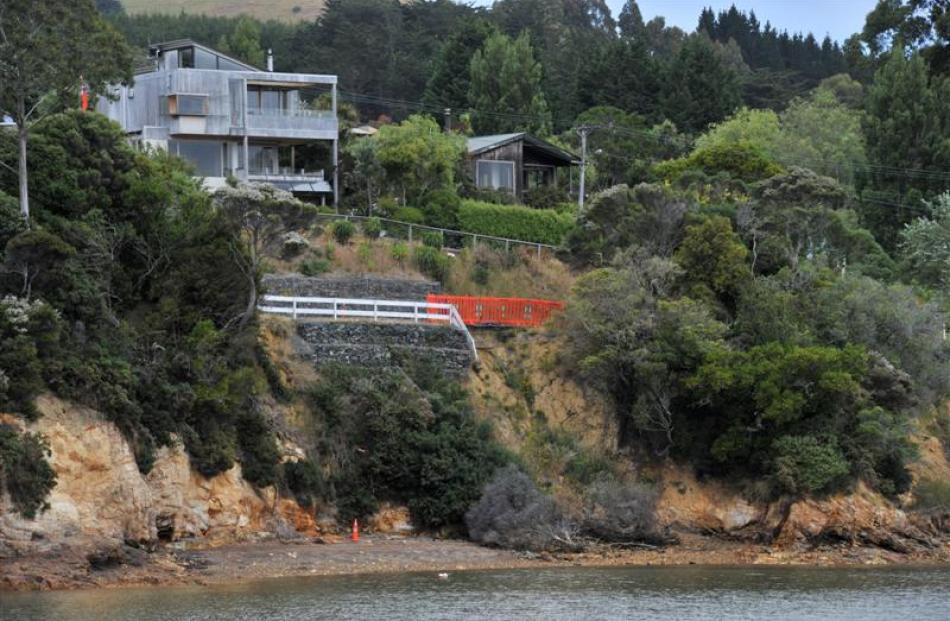 Contractors are about to start work on building a retaining wall to deal with damage caused by a 2013 slip near Broad Bay. 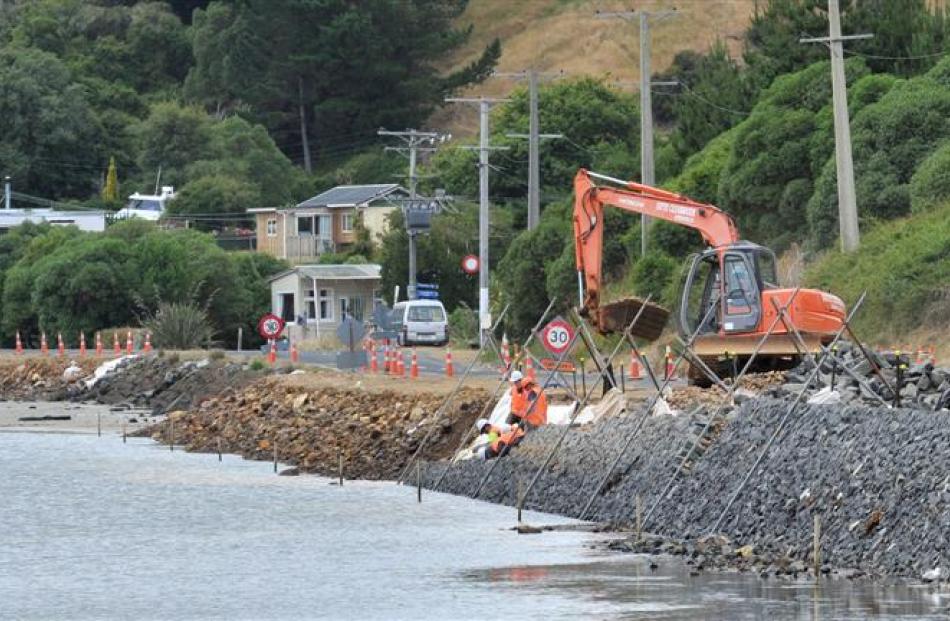 Contractors place rocks by hand as a digger provides backfill as work continues on widening the road and renewing the sea wall by Harington Point Rd at Otakou. Photos by Linda Robertson.

Repairing slip near Broad Bay that has inconvenienced motorists since 2013 is about to start, and work on widening Portobello Rd and renewing the sea wall close to Otakou is under way.

The wall was required after the road was undermined during a storm in mid-2013 and the damage has caused traffic delays ever since.

Mr Harrison said yesterday set-up work had been done, plans were in place, and materials ordered so the contractor could begin work.

The first job was to relocate a telecommunication cable. After that, the project would involve building a reinforced earth retaining structure, with concrete blocks on its face.

It would be built to allow for future road-widening and cycleway work.

The project, depending on weather, was expected to be completed by May.

That work would involve renewing the sea wall, widening the road and building a walking and cycle lane.

The work near the settlement was expected to finish in April.

Workers on the scene yesterday were placing rocks from Blackhead Quarry by hand to build the sea wall.

The whole project would take until 2023, cost $27 million, and extend the cycleway from the city to Taiaroa Head.