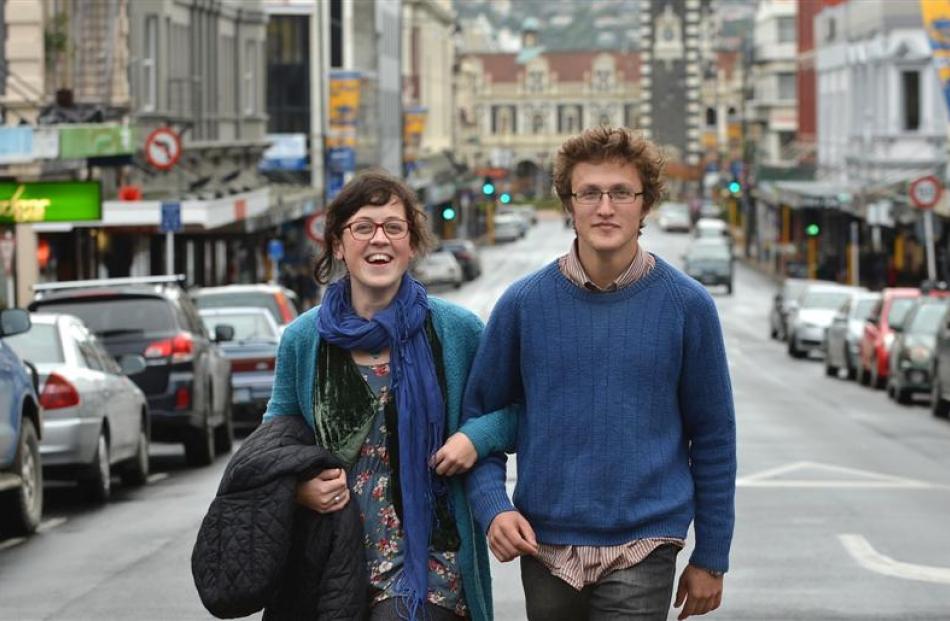 Georgina Hampton and Alexis Belton want the council to trial blocking off a section of Dunedin's CBD to traffic. Photo by Peter McIntosh. 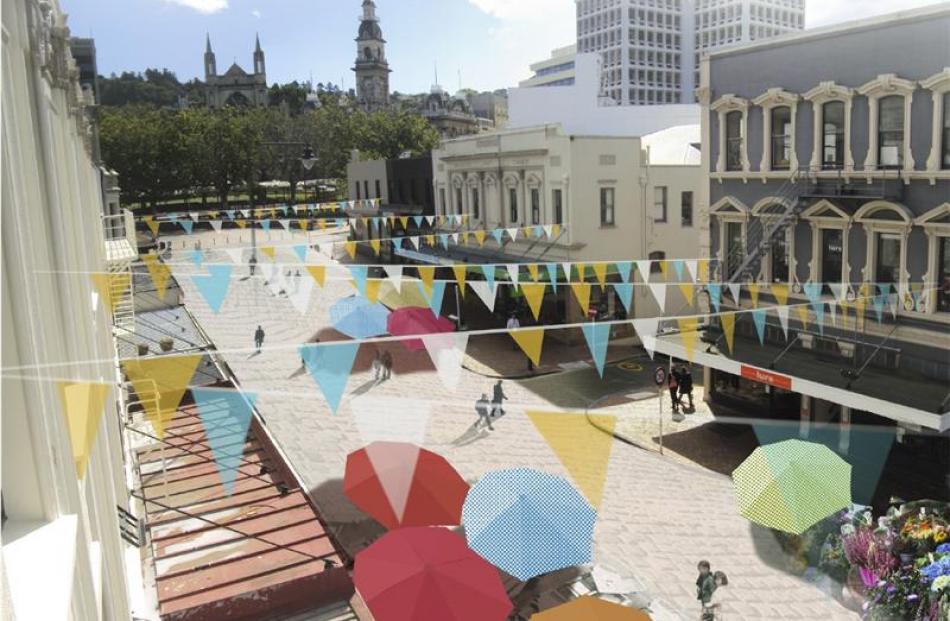 An artist's impression of what a pedestrian zone in lower Stuart St and the Octagon might look like. Image by Nick Denton.

Two University of Otago students are rapt with the council's response to their idea to block off traffic to part of Dunedin's CBD.

Alexis Belton and Georgina Hampton (both 25) are calling for the lower half of the Octagon and lower Stuart St, to the Moray Pl intersection, to become a pedestrian zone.

This area could become the ''heart'' of Dunedin's CBD and act as a ''visual showpiece'' for the city, they argued at last Friday's annual plan hearings.

Their call, backed by a 36-page proposal, for the council to trial the idea and consult local businesses before making a permanent decision, was warmly received by councillors, particularly David Benson-Pope.

''I am delighted to see this proposal. I would like to compliment you, as I am sure my colleagues would, on the amount of work you have put into [the proposal].

''I think strategically it is time for the city to pick up the pace in terms of the street works and urban design,'' Cr Benson-Pope told the pair.

Ms Hampton told the Otago Daily Times yesterday they were pleasantly surprised by the response from councillors, which gave them hope the council would pick up their idea.

Both were keen to emphasise it was not a new concept and other cities around New Zealand and the globe had pedestrian areas.

In response to questions from councillors on Friday, Mr Belton said the ''shared space'' in lower Stuart St would include a one-way exit for cars leaving Bath St.

They had explored the option of blocking off some of George St, but this would be be more difficult as it involved disrupting bus routes, he said.

As part of researching their proposal, they consulted local businesses and council transport planners.