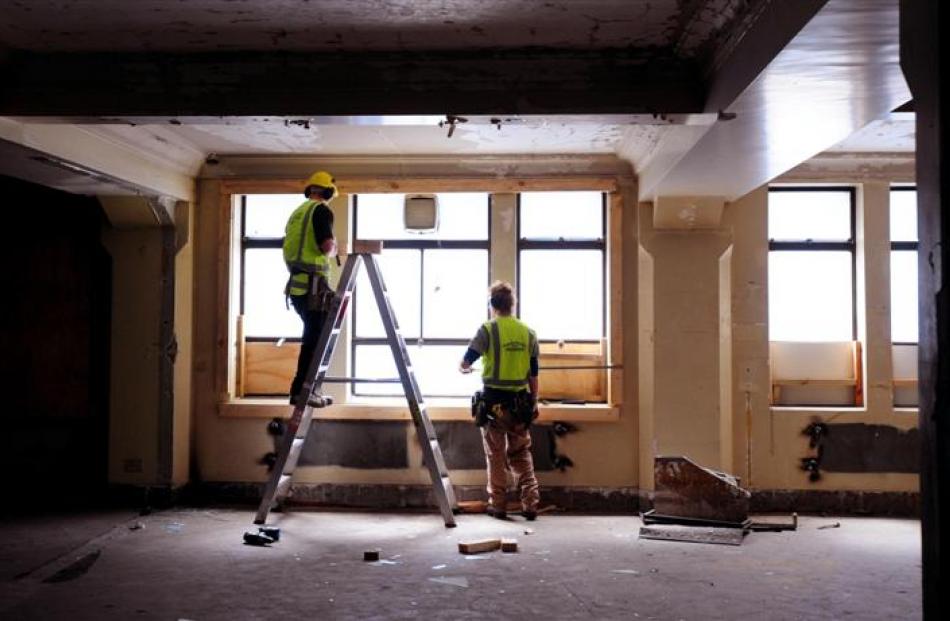 Builders Hamish Tyson and Dale Soper board up ground-floor windows in the former chief post office, in Princes St. Photos by Craig Baxter. 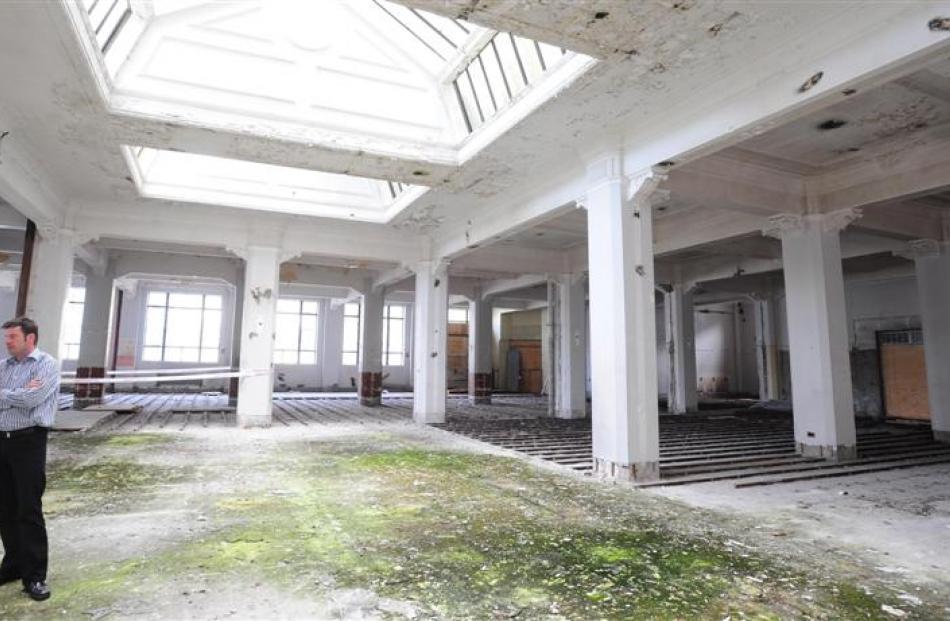 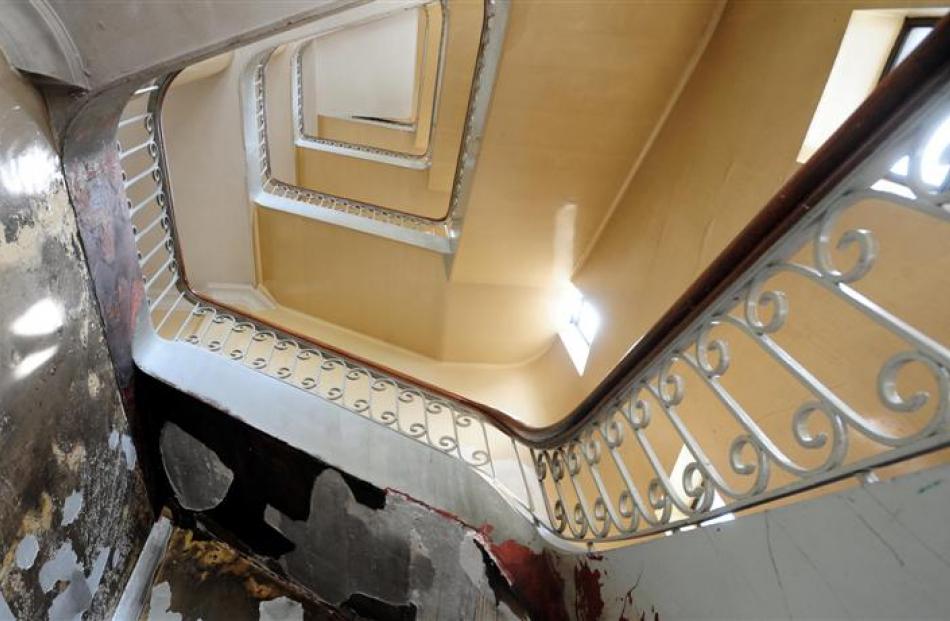 Dunedin City Council staff and consultants have done "most of the homework" required to convert three floors of the former chief post office, in Princes St, into a new library.

Project management company Octa Associates was employed midway through the year to develop the proposal in the building owned by South Canterbury Finance.

Council property manager Robert Clark said yesterday the cost of developing the new library would be "in the vicinity" of the $26 million to $28 million already identified in the council's community plan for redevelopment of the existing Moray Pl library.

Mr Clark said "most of the homework" had been done on the post office site, including studies on the provision of parking, alteration to bus routes and accessibility for schools.

Drawings of the layout for the library proposal show a "grand foyer", cafe and various special-interest areas.

The basement would be used for "the stack" where books were stored.

The ground floor and first floor would be extended across Bond St to a new three-level building on the car park between Bond and Cumberland Sts, providing a total of 6000sq m.

Its once grand interior has since been gutted by owners and intruders, with kauri tongue and groove flooring ripped up and sold.

Mr Clark said if the proposal went ahead, the space would need to be gutted, but any historic features that remained would be retained where possible.

The five floors above the proposed library space had also been stripped back to bare concrete since the building was vacated by the post office.

Mr Clark said he had had "reasonably serious" interest in the use of two floors by "another operator", whom he would not name.

Development would be done only if there was a commitment from a tenant.

Commercial buildings with floors of 1400sq m were quite unusual, even in Queen St, Auckland, he said.

There was also the possibility of adding another floor to the top of the building.

All the ground-floor windows were being boarded up yesterday in a bid to end 10 years of vandalism.

The work was being done in response to an incident reported last week, when glass from a damaged window landed close to two young women pedestrians.

Octa director David Booth, who is preparing the library project report to the council, said that although the building sat on wooden piles, driven into the original foreshore of Otago Harbour, it was solid and dry.

"It's a well-constructed, reinforced concrete building."

The piles had been investigated during earlier proposals for the building and the condition at the time was "satisfactory".

About all that is left of the interior is the reinforced concrete of the structure itself, bronze window frames and fittings around the building's six lifts and three porcelain urinals.

For the building to be used again, it would need new plumbing, wiring, heating, sprinklers and lifts.

Big doors at the rear of the building would improve access for the library book bus and the old letterboxes in Princes St could be used for book returns.

Mr Clark said the council had looked at the idea "in a little bit of detail".

It could also be developed as office space.

One of the failed proposals for the post office included at least 125 hotel rooms.

Part of the building has also been proposed as a new headquarters for the Otago Regional Council. 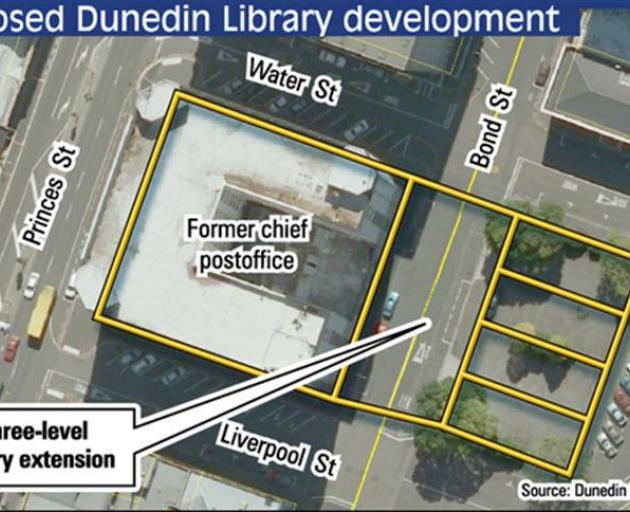