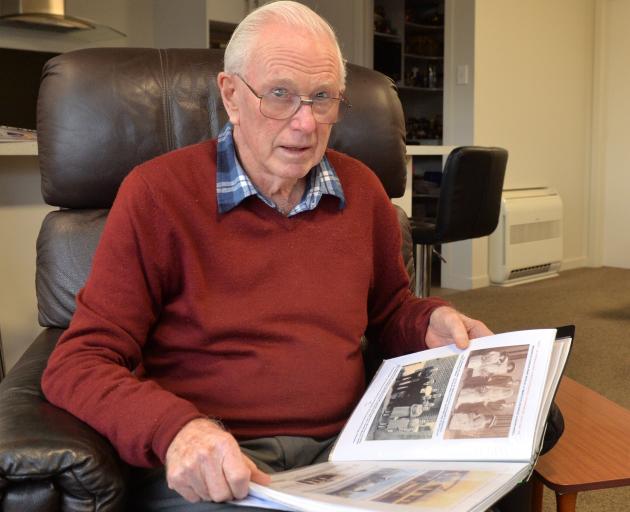 John Bradley, of Mosgiel, reflects on a family history he has created. PHOTO: LINDA ROBERTSON
John Bradley will always remember a special moment that happened 75 years ago this month, during the last days of World War 2.

Mr Bradley (82), now of Mosgiel, was only 7  at the time, but still has vivid memories of meeting his older brother Phill,  who had just returned  home by ship after spending four years as a German prisoner of war.

The day Sapper Phillip Bradley’s ship docked in Wellington, bringing him back from England after the end of the war in Europe, was August 6.

That was also the day the United States  Air Force detonated an atomic bomb at Hiroshima.  The war with Japan ended within 10  days.

A few days later, the brothers were reunited in an unforgettable meeting.

At the time, John Bradley was living in Timaru and, having been only 2  when his brother left home to undertake war service more than five years earlier, had no memory of what his brother  looked like.

"I only knew him through a photo on the wall," Mr Bradley said.

That photo had  been taken in Greece and sent home.

Sapper Phillip Bradley stands by the wreckage of a German aircraft in Greece during World War 2. PHOTO: ODT FILES
Spr  Bradley, an engineer, had fought in Greece with the Second New Zealand Expeditionary Force, only to be pushed out of the country by German forces, and later captured in Crete.

He then spent four years imprisoned in Stalag VIIIB near Lamsdorf, Silesia, now part of Poland.

After a harrowing forced march westward from the camp to avoid approaching Russian forces, he  escaped from German guards and met American forces.

John Bradley is also keen to boost awareness of what it was like for New Zealand service personnel coming home 75 years ago, after the horrors of war abroad.

"It was so hard for the men when they came back, because they had been away for up to five or six years."

Many successfully adjusted back to civilian life, but some struggled to do so and were haunted by their wartime experiences.

Mr Bradley still remembers that his brother had lost a lot of weight after a great deal of marching and limited food, but when he returned home a few days after reaching Wellington, the two siblings stayed up all night excitedly talking.

"He was standing with his back to the fire.

"He put his hand in his pocket and held out two German coins.