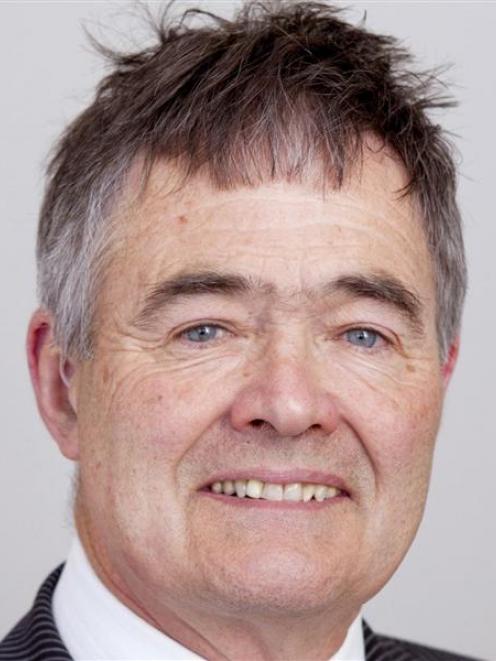 Dave Cull.
Excitement is growing about the potential for fresh development of Dunedin's harbourside, including a new marine science institute featuring a public aquarium being considered by the University of Otago.

The Otago Daily Times understands university staff have already held preliminary talks with Dunedin City Council staff about a possible new marine science institute in the harbourside zone, on the south side of steamer basin.

The Otago Regional Council has also met Betterways Advisory Ltd, which wants to build a waterfront hotel in the city, to discuss the ORC's vacant waterfront site, it has been confirmed.

The DCC has already signed a memorandum of understanding with Betterways to try to progress a hotel on the company's preferred site at 41 Wharf St.

The agreement included talk of a new pedestrian and cycling bridge linking the waterfront and inner city, likely to be paid for at least in part by the council, if it proceeded.

The ODT was told this week the bridge project made more sense in light of other development activity being discussed, until now, behind closed doors.

And, as well as the big-ticket items, there was also said to be increasing talk among private landowners and businesses in the area about the potential for further development.

Dunedin Mayor Dave Cull confirmed he was aware of discussions between ''a number of parties'', including between the ORC and Betterways.

The ORC's waterfront site had been rezoned for hotel use, although Betterways still wanted to focus on its existing site, Mr Cull said.

However, he saw ''enormous potential'' for development of the harbourside area if some - or all - of the development talk turned into action.

''We see the potential that some other cities have managed to realise better than Dunedin to connect their city centre and harbour or coast.

''It would be wonderful to develop that for the benefit of the city,'' he said.

Council chief executive Dr Sue Bidrose confirmed the council had been approached by ''a large number'' of other parties interested in the area, while other landowners and businesses were also talking.

As the area developed and more people were drawn in, other businesses would want to move to the area, she predicted.

The university's aquarium plans could be one of those drawcards, and talks with the council could signal the institution's intention to move away from the old Portobello aquarium site, which was closed to the public in 2012.

That was yet to be confirmed, but sciences pro-vice-chancellor Prof Keith Hunter said, when contacted, a harbourside development was ''an option we have been looking at''.

The university had other building projects to prioritise, but was interested in a research and teaching facility that also engaged the public, and the steamer basin would be a suitable area, he said.

''There's quite a lot that has to be done before we can even commit to it really.''

ORC chairman Stephen Woodhead also confirmed when contacted talks had taken place with Betterways, although he would not divulge details.

However, the ORC planned to review the continued need to hold on to its waterfront site later this year, which could prompt a decision to press ahead the council's headquarters plan, or to sell the site, he said.

''It's a harbourside site that's now clear and there's huge development potential ... what that development would be, I have no idea at this stage.''

Whether the council would sell the land to Betterways ''will be a question that may arise depending on where their process with the [DCC], and the MoU, ends up'', he said.

''That's a question for the future.''

Prof Hunter said the city need only look at waterfront developments in Auckland and Wellington to see what could be achieved.

''To me, it's pretty logical that the city should be thinking about a development like that.''

The signs of progress came after the $2.6 million cost of the harbourside plan change process was criticised by the Otago Chamber of Commerce last year, after it led to only a reduced area being rezoned.

Mr Cull said at the time positive developments could yet follow, and Dr Bidrose said yesterday activity in the area could pick up as the economy did.