Taieri College pupils sit a practice exam in preparation for NCEA. Photo: Peter McIntosh
The Government has begun a review of NCEA and is calling for schools, pupils, parents, employers and training organisations to share their ideas about what could make the qualification better. John Lewis finds their views are surprisingly varied.

Generating a wish-list of ways to improve the NCEA qualification, it is becoming increasingly clear, the proposed solutions are diverse.

But everyone agrees, there are no bad ideas. The more diverse, the more it will encourage debate on the subject.

Like many principals, East Otago High School principal Lennox Sharp said "in a perfect world" he would like to see a system that had rigour, and challenged and extended his pupils.

"The current system is in need of an overhaul because it has been altered and added-to on an ad hoc basis over time.

"It would be our wish to bring teaching and learning back into education, and for it to be a level playing field.

"At the moment, too many are interested in credit counting rather than seeking to extend their boundaries and horizons."

She believed reducing the number of credits and increasing the level of numeracy and literacy required at NCEA level 1 would allow pupils who struggle at level 2, to develop the skills needed to succeed in further learning and become productive citizens.

"Across the country, schools are subjecting students to three years of relentless NCEA assessment, resulting in increased levels of stress for students and heavy workloads for teachers.

"Reducing the number of credits required at level 1 will reduce the amount of assessment required and allow more time for learning, including greater opportunity for students to develop the soft-skills they need to flourish in the future."

Ms Miller liked the idea of pupils gaining 20 level 1 credits through projects, which would support a move towards project-based learning and the teaching of science, technology, engineering and mathematics [Stem] subjects.

But this style of learning would require a significant reworking of "traditional" organisational structures and pedagogy, and more support for teachers and schools, she said.

King’s High School rector Dan Reddiex said he was not convinced the deficits in NCEA would be effectively "attended to" by the proposals in the NCEA review discussion document.

"Any changes made to NCEA must serve to strengthen student academic development (not inhibit it as the proposed changes seem likely to do), so that our students are the equal of their peers internationally when they graduate or leave school."

He believed meaningful national assessment was still necessary at year 11, otherwise pupils would have three years at secondary school without anything tangible to strive for.

He would like to see NCEA provide two clear and distinct qualifications — one as a tertiary pathway and the other a vocational pathway.

"The year 11 assessments could serve as the gateway to determine which pathway a student should or could pursue.

"Of course, flexibility would need to be maintained for students on the margins, those who mature later and those who change their minds about their future direction."

Whatever the changes, academic rigour and integrity must be a priority, he said.

At the other end of the scale, Logan Park High School co-principal Kristan Mouat supported NCEA as it stood.

"It works well and is vastly better than the previous School Certificate, University Entrance and Bursary system."

She said it was important to remember NCEA was an assessment model (not a curriculum model) which offered great flexibility for schools and pupils to decide what programmes of learning were appropriate and meaningful.

She said complaints about pupils developing anxiety in response to excessive work loads was not caused by NCEA. Rather, it was an "unintended consequence" of universities sending the message "more is better".

"The numbers of credits students need to gain at each of the three levels are easily attainable for most students.

"But some students at level 2 for instance, feel driven to amass more than 100 credits at Excellence level in order to qualify for university scholarships."

She believed tertiary scholarships should be based on level 3 performance, rather than ranking them on the number of Excellences from level 2.

"Used sparingly, with sensitivity and in the service of students’ education in the broadest sense, NCEA is a fair, accurate and informative measure of student achievement."

She also called for better career-focused pathways within NCEA, to help create more "systematic connections" between learning and work.

"Learning will need to have meaning, relevance and a sense of purpose for students for this to be effective."

Employers wanted more focus on developing capabilities and life-long learning, so pupils could remain competitive in the labour market, she said.

"There should be a strong focus on the key skills and capabilities — communication, collaboration, creativity, critical thinking, self-management, resilience, and willingness to learn.

"Enabling students to achieve their NCEA and make progress towards their trade certification [or tertiary qualification] at the same time is positive."

Records of pupil achievement were also a concern.

Mrs Nicholls said the present records were not showing all of the skills a pupil possessed.

"A record of achievement should provide real evidence of what young people can do across a range of different skills and attributes, rather than just academic learning."

Skills including being able to drive, a desire to work, a positive attitude, and in some cases an ability to pass pre-employment drug screening, were also important, she said. 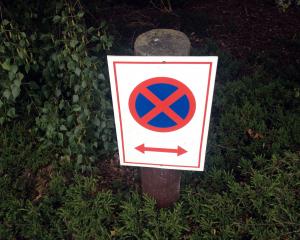 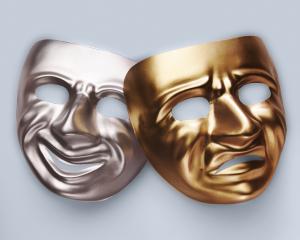