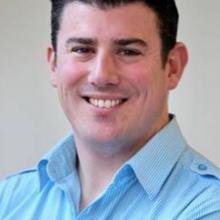 Philip Duncan
Otago could have a new state-of-the-art weather radar installed within the next 12 months, if all goes to plan.

The region has never had a weather radar, and the major gap in the forecasting network is being seen by WeatherWatch owner and head forecaster Philip Duncan as a great business opportunity.

He is hoping to use his privately-owned weather company and private business connections to raise enough funds to fill the void.

"I had no interest in taking MetService on.

"But we're the only country in the Western world to have no rain radar in one of our major cities.

"I feel like it's my duty to provide it."

Historically, radar images for Otago's weather have come from MetService's Southland and Canterbury weather radars, but because of Otago's hilly and mountainous terrain, they did not give enough detail about what the weather was doing over the region.

An Otago radar would help forecast prolonged heavy rain which causes flooding in South Dunedin and flash flooding in Central Otago, as well as hail and snow storms which could cause damage to crops and chaos on the roads.

Mr Duncan said MetService had hoped to build a multimillion-dollar weather radar near Milton, but five years after it received government funding for the project, nothing has happened.

He hoped to take advantage of the slow progress and get in first.

"What we're trying to do is say to the private sector, there is actually a gap in the market here in Dunedin.

"We can't have one of our largest cities constantly hit by floods, five years after MetService has been given money to deal with it."

At the moment, he is working on a "proof-of-concept" to bring two state-of-the-art weather radars into the country.

He said the radars had 3-D imaging and more up-to-date technology than the government-funded weather radars used by MetService.

"It picks up tornadoes, it picks up squalls, and it can see snow.

"It's still in the planning process, but we're meeting with some very high level executives in Auckland about how to roll this out, and we're getting a very positive response from them.

"If we can pull this off, we could have it up and running in Otago within the next year."

Mr Duncan said several nationwide corporations and organisations that owned property in Otago had given WeatherWatch permission to establish a weather radar on their land.

However, he was unable to name them at this stage, because of commercial sensitivities.

A MetService spokesman said staff were in the "very final stages" of securing a site for the MetService's planned Otago radar, and an announcement about its location was "imminent".

"We're still committed to having a weather radar operational in Otago by June 2020," he said.