Home owner Melanie Kerr with items returned to, or found at, the Tolcarne Ave house she bought. Photo: Peter McIntosh
A recent story in the Otago Daily Times about a historic Dunedin home that emerged after decades hidden from the public in a state of disrepair has also uncovered the history of a remarkable family.  David Loughrey tells the grand but tragic story of the Patrick family.

Debutante presentations to his Excellency Lieutenant-general Sir Charles Willoughby Moke Norrie, a 1954 reception at the Dunedin Town Hall for the Queen and another for the Earl and Countess Mountbatten of Burma — such was the social life of James and Alma Patrick.

The couple were early owners of the Mandeno and Fraser-designed home at 21 Tolcarne Ave, Maori Hill, which recently emerged after years  of being overgrown and  poorly maintained.

It was bought earlier this year by Melanie Kerr and family, and has attracted plenty of attention and community goodwill.

The house in a street of million-dollar properties was home to former Kaikorai Valley College teacher Errol Patrick, James and Alma’s son, who died in February aged 90.

Towards the end of Errol’s life he saw few people and the property became overgrown.

He was the last member of a family who at one time lived a privileged lifestyle, invited to all the major events of the day.

In a mine of memorabilia held by a Timaru-based family member are invitations to numerous civic receptions at a time when Dunedin’s history was ripe with pomp and ceremony.

Family patriarch James Patrick was an important figure at the King Edward Technical College in Stuart St,  helped save the University of Otago clocktower from demolition, had a role in a major upgrade of Knox Church, and played rugby for Otago.

He was awarded an MBE in the 1958 Queen’s Birthday Honours.

But the family also saw tragedy.

Daughter Lorna died aged 22, just one day after achieving a degree in dental surgery in 1953. 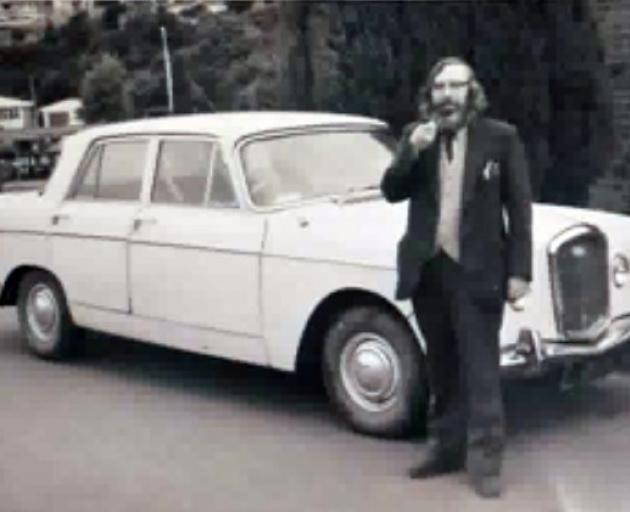 Former Kaikorai Valley College teacher Errol Patrick became somewhat of a recluse in his parents’ home. Photos: Supplied
Ms Kerr has been steadily cleaning out the house which original 1929 drawings from architect Mandeno and Fraser show was designed for a Mrs J. T. Martin.

Ms Kerr understood it was sold to the Patricks eight years after it was built, as the previous occupant moved to Wellington.

The television presenter and celebrant said the public response since the story was published in the ODT had been incredible.

Up to 100 people had visited to look at the house, she said.

People had left  books on the history of Maori Hill in her letterbox, offered vintage light fittings and given details on the Patrick family’s history.

"For me that was really precious, because I felt right from the beginning such a connection to them."

She also met people who were taught by Errol Patrick at Kaikorai Valley College.

"I’ve had lots of people tell me stories and snippets and anecdotes about him. 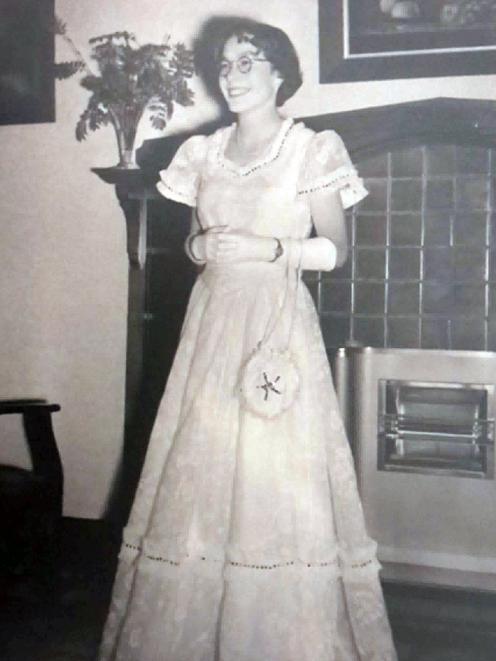 James and Alma Patrick’s daughter Lorna died aged 22, just one day after achieving a degree in dental surgery in 1953.

"The community has been incredibly generous."

She had also received a visit from the SPCA, the beneficiary of the Patrick estate.

Two members of the society dropped off a box of James Patrick’s business cards from the 1960s, when he was a mechanical and industrial engineer, as well as a leather billfold.

One of those who had information about the family is Kate Patterson, of Timaru, who is related to the Patricks through her husband Roger.

She had a treasure trove of invitations the Patricks had kept.

The invitation to the Queen’s visit on January 27, 1954 at the Art Gallery, Logan Park, stipulated a dark lounge suit as the required dress.

The Presentation of Debutantes to His Excellency Sir Charles Willoughby Moke Norrie, the eighth Governor-General of New Zealand, included a dance programme featuring the circular waltz, quickstep and gipsy tap — concluded, of course, by God Save the Queen.

James Patrick died suddenly aged 66 in 1965 after collapsing in a Dunedin department store.He had been chairman of the board of managers of the King Edward Technical College, where a wing was named after him.

He was chairman of the Otago University Council, and spoke out against a Ministry of Works plan to demolish the university clocktower amid fears it could collapse in an earthquake. His other roles included membership of the board of directors of the Love Construction Company and chairmanship of the Institute of Welding’s Otago branch.

He was an office bearer of Knox Church for 38 years, and an executive member of the Presbyterian Social Services Association.

His wife, whose name is missing from every news story about him, even his obituary, was Alma, the eldest daughter of Thomas and Alma Patterson.

Thomas Patterson was the principal of George St Normal School for many years.

But despite the Patrick family’s position in society, it was not immune from tragedy.

The sad story of daughter Lorna Patrick appeared in the ODT in late 1953.

Less than a day after she gained a bachelor of dental surgery degree at the University of Otago, Lorna died while undergoing an operation for appendicitis.

The Sunday School teacher had been nominated to take a position as a junior house surgeon at the Otago Dental School.The Patricks donated £130 for the Lorna Patrick Memorial Fund, and the Faculty of Dentistry still gives awards in Lorna’s name.  A sad note  is that Errol Patrick, despite filling the rest of the Tolcarne Ave home with his belongings, left Lorna’s room untouched.

Mrs Patterson said Errol became a recluse, but he is fondly remembered by some of his pupils as an eccentric but talented teacher.

One  pupil  remembers him turning on the radio to play the Greenwich Time Signal, known as "pips", on the hour if the class was well behaved.

Another emailed the ODT, remembering him as "a wonderful English teacher who brought literature alive and will forever remain one of my most loved teachers".

He was remembered there for his wicked sense of humour, his pipe and his idiosyncratic ways. Mrs Patterson described that final touch as "the loop sort of shut. I was thankful."

I think I was taught by Mr Patrick while transitioning between classes around 1975.

And for the record, he taught at Kaikorai Valley High School. I don't think Mr Patrick was there at the time High School was dropped from the name in favour of College.