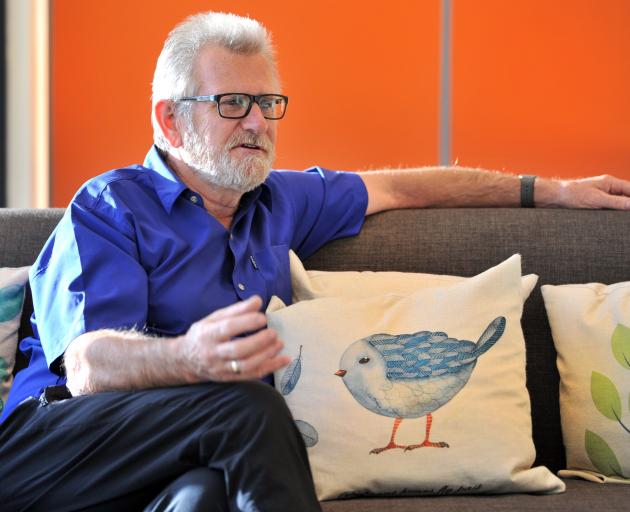 In his final week as Otago Polytechnic chief executive, Phil Ker reflects on leadership and innovation, saying he is ‘wired to look for improvements’’.PHOTO: CHRISTINE O’CONNOR
After 16 years leading the Otago Polytechnic, Phil Ker has no doubt the moment is right to step aside. He talks to Grant Miller about fairness, innovation and his time at the helm.

The outgoing Otago Polytechnic chief executive had catch-ups with staff, a Tertiary Education Commission meeting, an executive team meeting, two meetings related to the Auckland campus and a staff forum.

There was also his farewell yesterday — ‘‘a virtual goodbye to staff’’ amid restrictions on gatherings imposed because of the global Covid-19 pandemic.

Mr Ker took the helm of the tertiary education provider in 2004 when it was technically insolvent. Otago Polytechnic became a robust and innovative organisation, attracting students from outside the region and earning hard-won acknowledgement for sustained improvement.

Mr Ker says he is leaving the organisation in great shape but financial troubles have returned, as the Covid-19 crisis prevents international students from providing revenue. The future of the sector is also yet to be thrashed out after 16 institutes of technology and polytechnics, including Otago, had to merge in April.

New chief executive Megan Gibbons will pick up where Mr Ker left off and he has strived to make the transition smooth.

‘‘I’m still preparing papers for our next board meeting, the first Friday in June,’’ he says.

The 68-year-old will not be there, of course.

‘‘I worked on the principle that I didn’t want to leave any laundry for my replacement to do,’’ he says.

‘‘I think all the laundry has been done.’’ 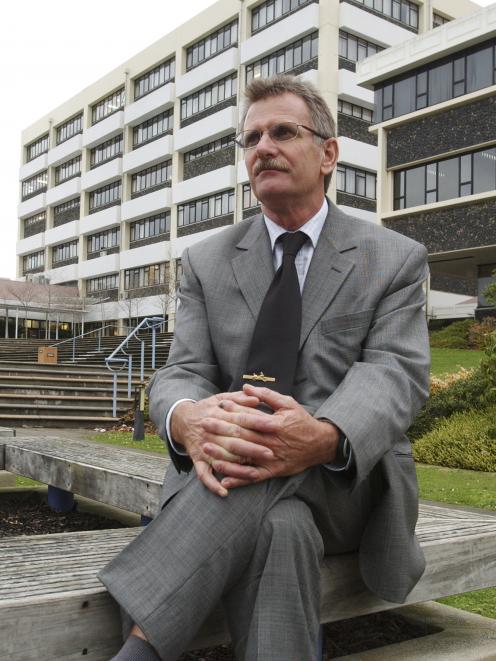 Mr Ker cites fairness as a core value. He led a protest at his school when he was 6 years old.

‘‘I recall my strong sense of injustice that the innocent majority were penalised for the transgressions of the few by having our weekly swimming lesson cancelled,’’ he once told the Otago Daily Times.

In his adulthood, he taught economics, headed management studies at what is now the Auckland University of Technology and directed corporate services there. He had a three-year stint as president of the New Zealand Polytechnic Teachers Union.

‘‘The union presidency was the very best training ground I could have had to be a chief executive,’’ he says.

He learned the importance of gaining respect and trust and building coalitions.

‘‘Leadership is about believing there’s a better future, articulating what that might be and getting people on board.’’

‘‘Staff have a right to shape their organisations. Polytech teachers could and should be at the forefront of leading change in our profession.’’

The undoubted highlight of his time leading Otago Polytechnic was accepting an award for the institute in 2018. It was the Baldrige-affiliated Performance Excellence Study Award and Mr Ker says it reflected a comprehensive combined effort to make the organisation world class. The award-winning application was the polytechnic’s fourth attempt.

He reflects that the Hub in Dunedin’s Forth St, completed in 2016, linked prominent buildings and created a welcoming, common area.

‘‘This place really does hum.’’

Thousands of artists, architects, builders, nurses, engineers, chefs, beauty therapists, quantity surveyors and even ski instructors and beer brewers have been trained at the Dunedin, Central Otago and Auckland campuses.

One innovation was the introduction of ‘‘EduBits’’. They are micro-credentials, or small qualifications, providing recognition of skills and experience. A similar theme is evident in Capable NZ, which enables people to obtain qualifications for skills honed in workplaces.

That is what worries him about the merger. Innovation rarely springs out of national head offices, he says, and his challenge for the merged entity is to allow innovation to continue.

He calls the entity, temporarily named the New Zealand Institute of Skills and Technology (NZIST), an ‘‘institution in waiting’’. Chief executive Stephen Town starts at the end of June. Mr Ker says the institutes will have semi-autonomy for the next two years. After that, who knows?

Kathy Grant chaired the polytechnic’s governing council from 2010-2020 and is now on the NZIST board.

She describes Mr Ker’s leadership style as open and honest.

‘‘Phil’s work ethic is legendary. Many of us have been the recipient of emails sent in the early hours of the morning.’’

Mr Ker was willing to play ‘‘the long game’’.

‘‘He has the ability to remain calm in the face of provocation, with a sense of perspective and humour.’’

The toughest period of his career started in 2016, when he restructured his leadership team. A team of 12 became a team of six — Mr Ker and five deputy chief executives.

He says he is ‘‘wired to look for improvements’’. The organisation had ‘‘stopped going forward’’.

‘‘We needed fresh thinking, to reignite the leadership.

‘‘It was painful but I think it worked.’’

Mr Ker initially planned to retire at the end of last year but his contract was extended amid the Government’s reforms.

He does believe, however, he could have got the institute in better financial shape quicker than the six years it took.

Taking a baseball bat to knock out costs is unhelpful, too.

Mr Ker was conferred an honorary doctorate of professional practice this year. 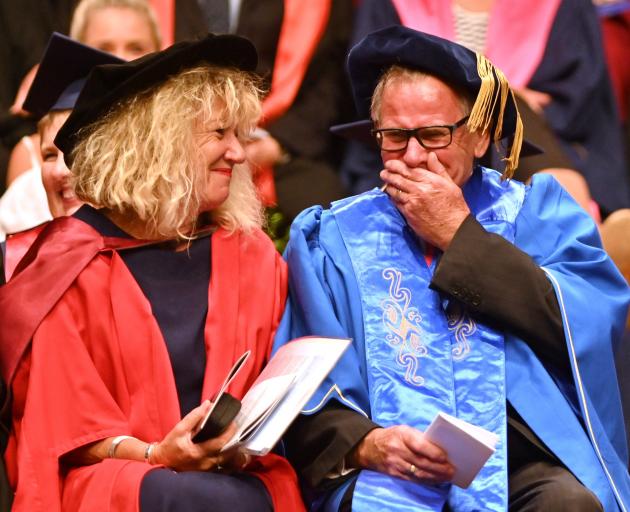 Phil Ker is supported by wife Glenys after being awarded an honorary doctorate and delivering the address at the Otago Polytechnic graduation ceremony at the Dunedin Town Hall in March. PHOTO: LINDA ROBERTSON

Student numbers increased under his watch and most now come from outside the region.

A constant focus on finances is one thing he will not miss but he enjoyed the buck stopping with him. It will now stop with Ms Gibbons, and Mr Ker is pleased the polytechnic’s council made an internal appointment.

He will continue to work with Capable NZ and with the polytechnic’s Auckland partner, Future Skills Academy.

Mr Ker is putting the finishing touches on a sleepout at his Cromwell home and his wife Glenys has already claimed it as her home office. He enjoys reading, music and getting in some exercise.

‘‘I’m looking forward to returning to a level of fitness I had a decade ago.’’

Working from home for a stint and adjusting to challenges wrought by Covid-19 was a dramatic way to finish.

‘‘It has been a deeply satisfying career for me and I worked with terrific people. I was privileged to have been at the helm.’’

A wondeful man and a great educator. Go well!