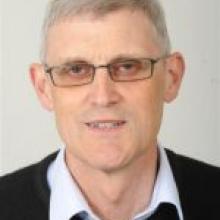 Prof Doug Sellman
Alcohol industry representatives "dissociate themselves from the mayhem" and keep the community in the dark about the realities of the drug, the head of the Christchurch School of Medicine's national addiction centre says.

Prof Sellman, who has worked for more than 20 years as a psychiatrist, addiction specialist and health researcher, was in Dunedin yesterday as part of a national tour to promote the Alcohol Action group and to encourage submissions to the law commission review of alcohol laws.

The group has so far held 21 meetings in 15 different cities nationally and spoken to 2075 people. Most of the meetings had been supported by councils and attended by a broad spectrum of people, he said. Prof Sellman is one of four spokesmen for the group.

The meetings were titled: "10 things the alcohol industry won't tell you about alcohol".

Prof Sellman said their talk made people sit up and listen because as well as statistics, the group brought a wealth of knowledge and international science, so the community could learn what they could do to reduce alcohol-related harm.

Prof Sellman said although there were different issues in each city, the root of the problems remained the same - human nature and a working society which placed less emphasis on relationships.

Prof Sellman said many in the community did not know about the industry's role in the problems.

"For people to work in the alcohol industry they have to disassociate themselves from the mayhem."

He said the alcohol industry spent $200,000 a day on promoting its products in this country.

"Just because it's legal doesn't mean they are not drug pushers, pushing a class B drug into society."

He said if alcohol was a new drug being introduced to the country it would likely be classified as class B. The same class as Ecstasy.

The aim of the tour was to promote the group's 5+ solution, (see panel) as well as getting people to start their own group and to make submissions on the law commission review of liquor laws.

From each of the meetings a separate alcohol action group had formed. Prof Sellman said he had hoped about two thirds of the cities would do this. So far, all the cities had.

The "main event" would be a law commission report's release in March 2010.

After this there would be a rewriting of the 1989 Sale of Liquor Act and a new select committee.

"This is a once-in-a-generation opportunity. A one-in-10 or even [one-in]-20-years chance of doing something positive about the laws," he said.

Facts about New Zealand's drinking culture
> At least 25% of New Zealand drinkers are heavy drinkers.
> A third of all police apprehensions involve alcohol.
> Half of serious violent crimes are related to alcohol.
> 60 different medical conditions are caused by heavy drinking.
> Up to 75% of adult presentations at Emergency Departments on Thursday, Friday and Saturday nights are alcohol-related.
> Over 300 alcohol-related offences every day.
> Over 500 serious and fatal injury traffic crashes every year.
> At least 600 children born each year with fetal alcohol spectrum disorder.
> Over 1000 alcohol deaths in New Zealand every year.
> 17,000 years of life per year are lost through alcohol.